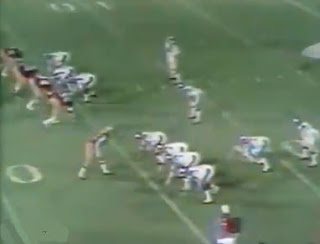 On Monday, December 4, 1972, Rams second-year coach Tommy Prothro unveiled one of his "specialty plays". Known as an offensive innovation in the college ranks he brought some of those things to the NFL in 1972 when he was hired by the Los Angeles Rams.
Among those was flopping his offensive line so one side of the offensive line was always with the tight end and the other was always on the weak side, rather than playing left side and right side.
In the modern NFL (post-WW II) the 1971-72 Rams are the only team we ever have seen do that.
On that Monday Night, against the rival San Franciso 49ers the rams Ran "Formation Zero"— 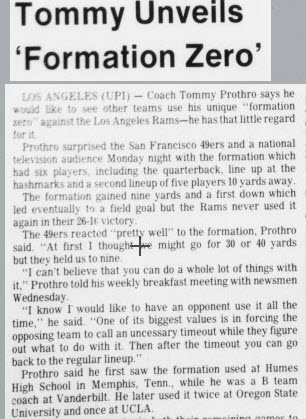 Here is the play—
The Gamebook said it was a "double-wing" which is wasn't. but who could blame Mr. Brodie, the man who was typing it.

Regardless, it was the only time Prothro called it in his two-year tenure in Los Angeles and it gained nine yards.
Kind of a cool gimmick play.
Here are some shots of the flopped line. Tom Mack and Charlie Cowan were always on the weak side, away from the tight end. Joe Scibelli and Harry Schuh were the stong-side guard and tackle— 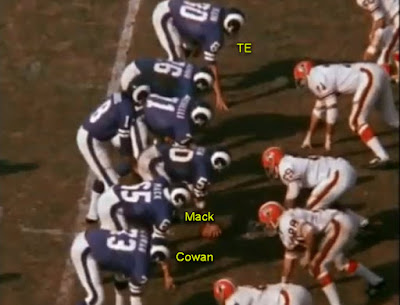 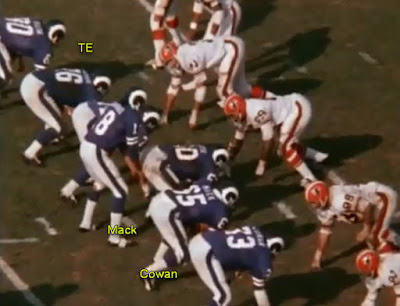 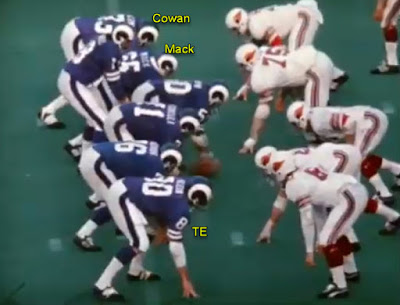 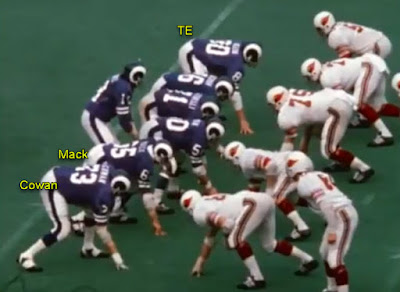 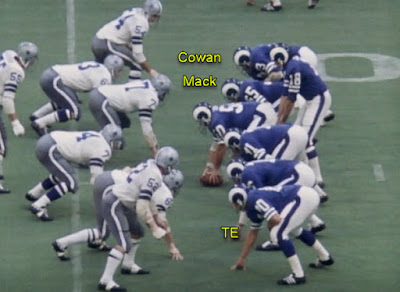 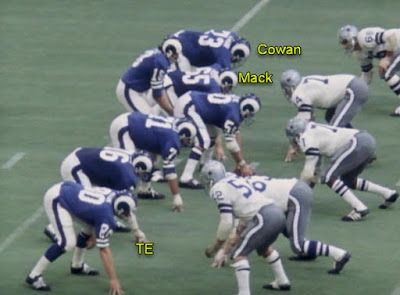