THE 2021 SEASON: Thoughts, and History

Tomorrow night will watch at least some if not all of the Hall of Fame game. When the Cowboys first took the field in 1960 they played the Steelers, and of course, no one knew if this would ever become a rivalry?

Over the years Pittsburgh and Dallas have waged many a battle, and some of them actually had real meaning—like who would be Super Bowl Champ?

Many years purchased print publications, but now that has been transformed into the internet, but recently purchased ATHLON'S 2021 NFL PREVIEW.  Page 20 has the top 20 guards led by Quentin Nelson of the Colts, and on page 22 is the list of the top 30 interior d-lineman led by Aaron Donald.

The reason why mentioning these two lists is fairly simple am headed to Indianapolis on September 19th to watch the Colts play the Rams, and at times Nelson may have to block Donald? 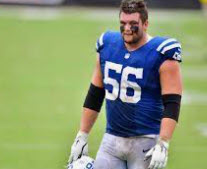 After all these years when attending a game still relish match-ups; especially if they are the best or one of the best at their respective positions. Years ago would spend hours formulating my predictions for the season, and would send those to Steve Sabol, and Paul Lionel Zimmerman. Talk about thought-provoking!

Steve's classic statement, "Coach TJ at this time of year you have half the teams talking playoffs and the other half Super Bowl", while Dr. Z would always find a comment or prediction of mine that he did not agree with, and in no uncertain terms tell me why I was wrong.

Relished every moment of that, and would receive a typewritten letter with the smell of cigar smoke all over it (still have all of his letters). Since gambling is not part of my life anymore, no need to dig deep into predictions, yet really believe the NFC West is the strongest division, and the race will come down to the wire. Can pose plenty of questions, and would welcome any and all of you to respond with your thoughts...will any team in the NFC East have an overall winning record?

Which rookie or rookies will actually have an impact?

Is there a coach who will not finish the season with his team?

Finally, when we look at the schedule; is there a game that stands out for you? By this time most or possibly all of you know that I will be buried wearing navy blue and orange, and my second favorite team(since the early ''70s) is Pittsburgh, thus November 8th will not miss a play. January 9th the 49ers travel to Los Angeles to take on the Rams, will this be for the division title?

In closing, how about some humor via Dr. Z?

In a small town the bell ringer in the church quits, The sexton advertises for a replacement.

The first guy who shows up has no arms. "But, but..."the sexton says 'how can you...I mean with your handicap?' Just watch" says the no-armed man. They go up to the bell tower and he runs at the bell and BANG! he slams it with his face and the bell lets out dull bong. Then he starts to do it again, and the sexton stops him. "Not again," he says "I can't watch. Tell me do you really need the job this badly?" The man assures him that he does. So the sexton hires him. Sunday comes and it's time to ring the bell to summon the faithful to church. A breeze is blowing. Just as the bell-ringer runs at the bell, the breeze blows it sideways, and he misses it and plunges to the ground, to his death. The sexton runs outside, where a crowd is gathering. A policeman arrives. "Do you know this man?" he asks the sexton. "No," he says, "but his face rings a bell."