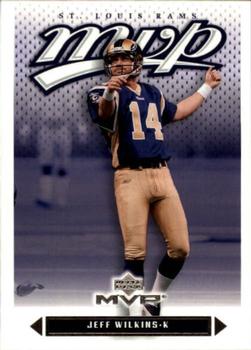 Jeff Wilkins, like Horst Mühlmann, is a kicker who flew under the radar (in our view), at least relative to other bigger name kickers of their time. In the 1980s-2000s the kickers most recognizable on the national stage were perhaps Adam Vinatieri, Morten Andersen, Gary Anderson, Nick Lowery or John Carney and all for good reason. Wilkins only went to one Pro Bowl, in 2003, and that same season he was Second-team All-Pro, his highest honor of his career.

However, when compared to all of the bigger-named kickers Jeff Wilkins is right with them on all measurables and in the "clutch" category as well. Wilkins, nicknamed "Money", had his share of important kicks that won games or put them into overtime. And as an aside, he was the last barefoot kicker in the NFL which he did in 2002.

We're not suggesting him for the Hall of Fame or anything, but we are pointing out, given the following data points that he had a fine career, worthy of high praise. He is a player who likely wasn't the best in anything, but he was very good in EVERYTHING.

Consider:  When Wilkins retired in 2007 he was eighth all-time in field goal percentage, ahead of many of his more famous peers: 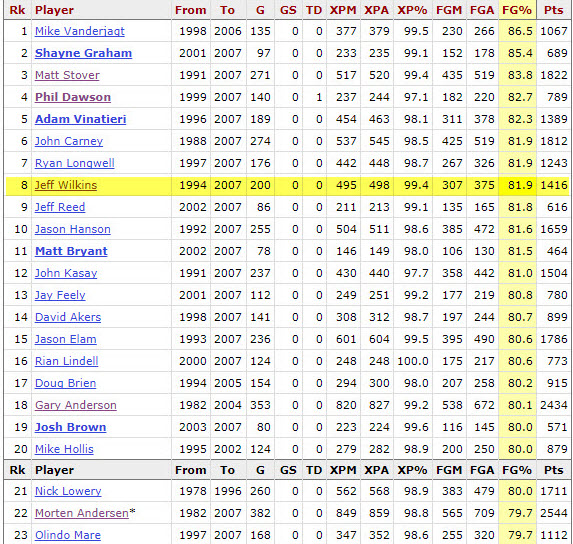 In addition, currently, he is still one of the best long-distance kickers in history, ranking fifth:

Add to that his ability to kickoff deep, ranking 14th currently: 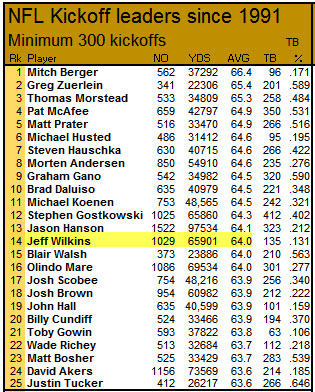 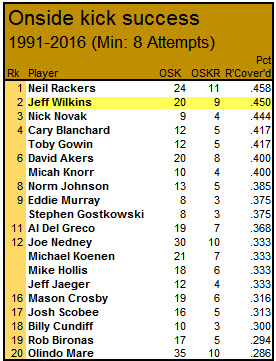 Here are his career stats courtesy of Pro Football Reference.com: 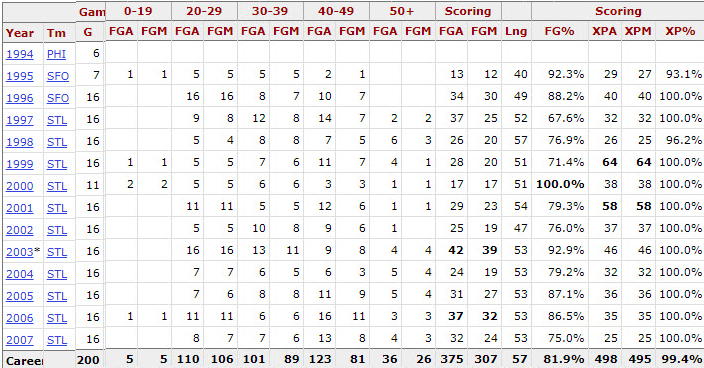