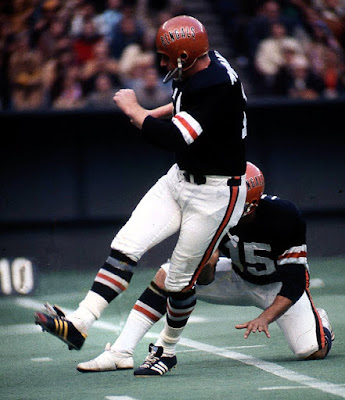 Sometimes NFL players play their entire career and never seen to get any recognition or honors even though their skills and accomplishments are very good. In the case of Horst Mühlmann, who we think is one of those unsung type players, it may be that his career was not overly long at a position that allows for really long careers. 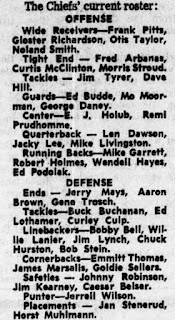 Mühlmann entered the AFL in 1969 with the Cincinnati Bengals at the age of 29. Yes, 29. His late start is the more than likely reason for him playing just nine seasons.

He got his late start due to playing soccer in Europe and later in the United States in the North American Soccer League for the Kansas City Spurs. He was signed by the Kansas City Chiefs but couldn't make the team, who happened to have their own soccer-style kicker by the name of Jan Stenerud. He was traded to Paul Brown's Bengals for Warren McVea and held that club's kicking job through 1974 when he was traded to the Eagles.

However, in those years Mühlmann was quite an effective place kicker, though not the best in the NFL. Those honors, for the span of his career, usually went to Stenerud or Garo Yepremium or Chester Marcol.

A year after his last season of 1977, Mühlmann was was most accurate long-distance kicker ever. He was 9 for 23 in field goal attempts of 50 yards or further for a percentage of 39.1% (minimum 8 attempts).  He was also the fourth most-accurate kicker ever, behind only Don Cockroft, Yepremian and Stenerud.

Soon after a new breed of kickers began entering the NFL and the players of the 1960s and 1970s quickly lost their places in the lists of field goal accuracy the same way players like Stenerud, Mühlmann, and others took the place of the great kickers of the 1950s.

However, Mühlmann's performance in kickoffs, particularly in the pre-1974 era which was impressive. 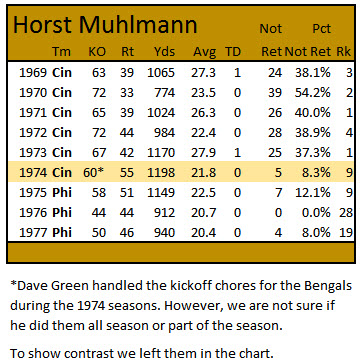 We don't suggest Mühlmann is a Hall of Famer or even a candidate for the PFRA Hall of Very Good, though he might be, we do think he had a worthy career that deserves a blurb no and then. He kicked about as accurately as most of his peers, he was the best long-distance kicker of the 1970s, a decade that included Tom Dempsey and he was a good kickoff artist.
Posted by John Turney at 1:32 PM