LOOKING BACK
By Chris Willis, NFL Films
On this day (July 30, 2007) ten years ago the NFL world lost the “Genius," when Bill Walsh passed away at the age of 75. Several years ago when doing research for my book on the 1984 49ers I interviewed Walsh’s son Craig who allowed me to make a copy of his father’s game plan binder for Super Bowl XIX against the Miami Dolphins. A game in which Walsh claimed to have been his “masterpiece” of game plans.

With the nearly 135 pages of offensive (and special teams) game plans Walsh had at his fingertips the perfect plan to attack the Dolphins defense.
49ERS OFFENSIVE GAME PLAN

The work week started with film study. The 49ers staff gave the players the Dolphins last eight regular season games (including the two losses by the Dolphins to the Chargers and Raiders) to help evaluate their opponent. The 49ers offensive coaches really focused on watching film of three Dolphins games to gain a better grasp on the Dolphins 3-4 defense.
AFC Championship vs Steelers
AFC Divisional vs Seahawks
Dec. 17, 1984 vs Cowboys

Sitting in his corner office Walsh hand drew the offensive game plan. He put in nearly forty runs (27 basic runs, 6 run specials, 6 draws) as well as twelve goal line and short yardage plays. As for the passing game he drew up nearly 100 passes on the call sheet. In the end Walsh’s game plan binder would consist of 134 pages of plays and notes as well as nearly one hundred and fifty hand-drawn plays. 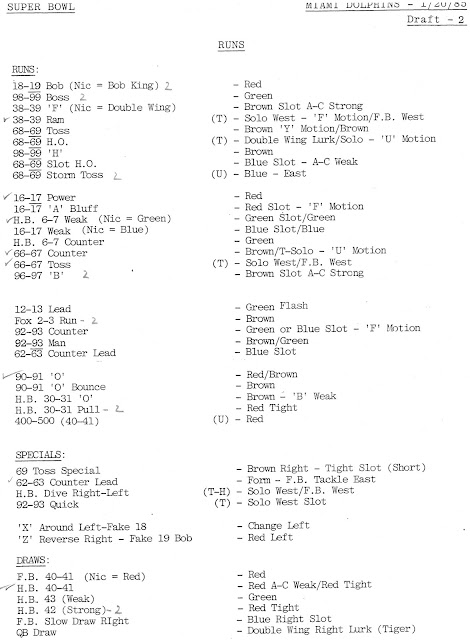 Walsh definitely wanted to be balanced. Watching the game film of the Dolphins 3-4 defense he did not see a very fast, athletic unit. While looking closer he saw that the Dolphins linebackers were somewhat slow footed, especially in covering backs. He instantly knew that he would use Wendell Tyler, Roger Craig and Carl Monroe even more in the passing game. “Without a potent pass rush, Miami was forced to cover the receivers tightly. The Miami defense depended on locking their linebackers into man-to-man coverage on running backs. That had worked well for them during the season, but I doubted that they could cover our backs, particularly Roger Craig, coming out of the backfield,” wrote Bill Walsh in his 1990 biography. “We had one play in particular that was ideally suited to work against the defense. On ‘20 Bingo Cross’ both backs would release between guard and tackle just past the line of scrimmage and then cross.”

Along with “20 Bingo Cross” Walsh also installed “Halfback Sail” in the first 25 plays to take advantage of his running backs speed and quickness. “That was crucial. Again, our coaches deserved a lot of credit because they saw the weakness. It wasn’t necessarily the weakness in the players. It was just a weakness in their scheme and Bill took advantage of it,” said Keith Fahnhorst, 49ers offensive tackle, in a 2014 interview.  The 49ers first touchdown- to Carl Monroe- was on "Halfback Sail." “Well, that was the whole thing. Because even though they had great linebackers they didn’t have speed. We practiced on crossing routes the whole week. Bingo Cross. Roger would go one way. I would go the other way,” said Wendell Tyler, 49ers halfback, in a 2013 interview. “I think Bill felt all along that their linebackers couldn’t cover our running backs. Bill always made the running backs a big part of his teaching. You could just tell by the way he talked to them about what his thought was in terms of where the ball might go,” said Paul Hackett, 49ers quarterback-wide receiver coach, in a 2012 interview. 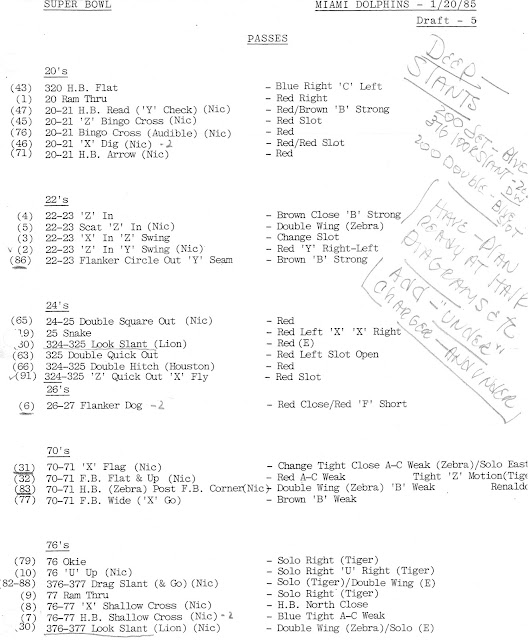 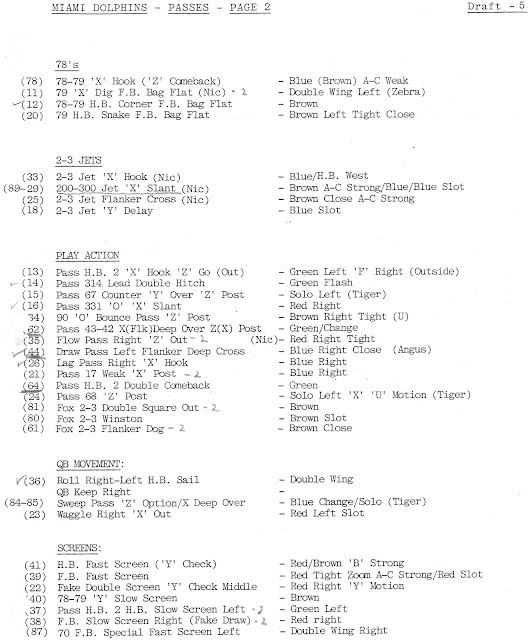 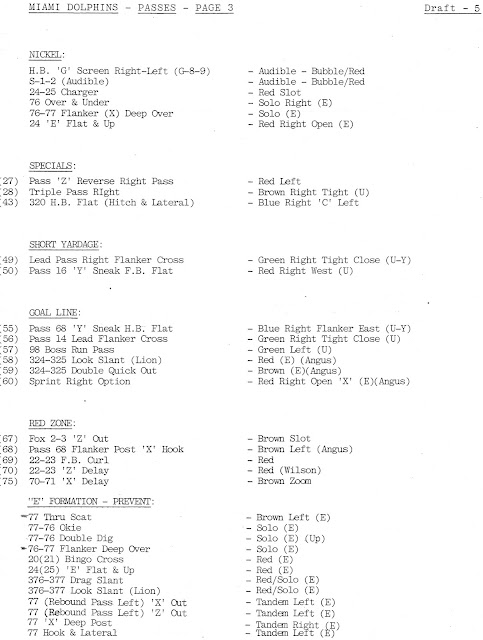 While watching the Dolphins linebackers he also saw that when they turned to run with the running backs out of the backfield they tended to turn their heads and put their backs to the quarterback. Walsh thought if there was a running lane he wanted, encouraged, Joe Montana to tuck and run. During the 1984 regular season Montana had only had 39 carries for 118 yards but in two playoff games he had 85 yards rushing. Walsh would use his legs in this game. “I declined to remark on it until just before the game, because I didn’t want to preoccupy Joe with this option and preferred to be as spontaneous and instinctive as possible,” wrote Walsh.

Running backs catching the ball, Montana running when given the opportunity, and being balanced on offense. Walsh had his plan for Super Bowl XIX. The 49ers offense performed the game plan perfectly defeating the Dolphins 38-16, amassing a Super Bowl record 537 total yards.

Hard to believe that it has been ten years since Bill Walsh passed away. He is missed dearly.