In 1972 Carrol Rosenbloom acquire the Los Angeles Rams via a trade with Robert Irsay. Irsay received cash and the Baltimore Colts, the team Rosenbloom had owned since the early 1950s.

That season he held a contest for Rams fans to design the new Rams uniforms which were to be introduced in 1973.

Here are the ads that appeared in Pro! magazine, the Official program of the NFL: 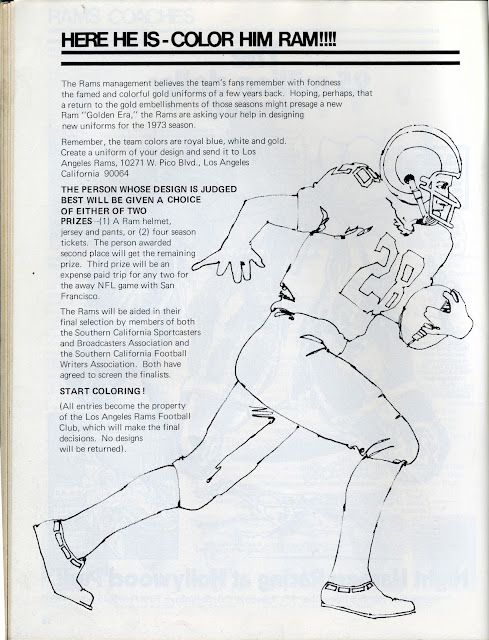 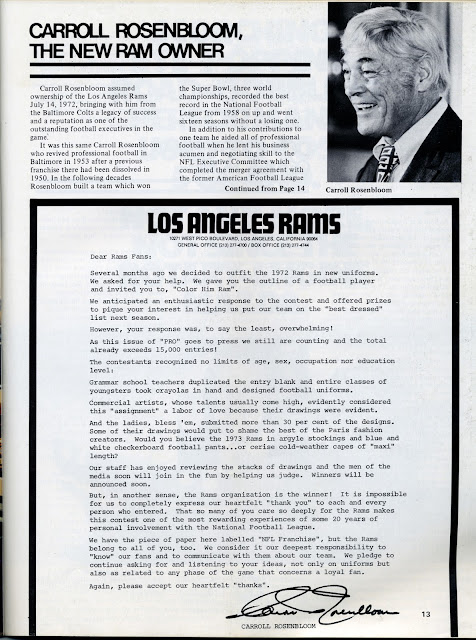 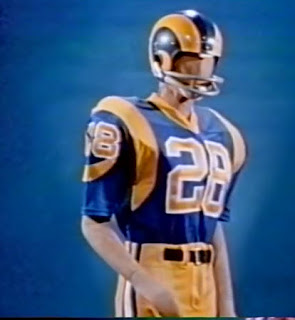 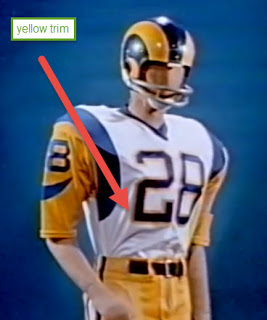 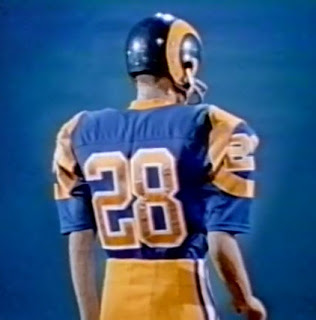 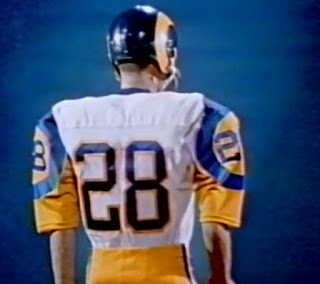 The winner of the contest was Victor Marcelli of Van Nuys, California. 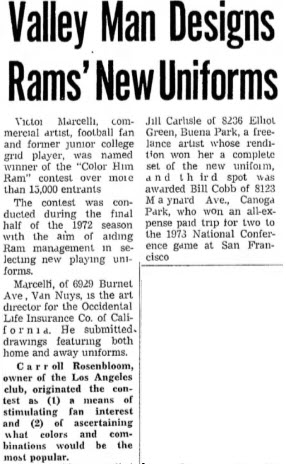 In 2019 the Rams will don new uniforms and it is our understanding the Rams will be seeking some fan input into the process. Again, how much of it is used remains to be seen.

Until then the Rams are wearing a hodgepodge of uniform elements. New pants and white horns and white facemasks to go with the St. Louis era jerseys. The Rams did hold a poll to decide if the Rams facemasks were to be white or blue to go with the new white Rams horns. The fans chose white.

So with a uniform put together pell-mell for the next two seasons, Rams fans can at least hope for something good in 2019. If they keep the Nike influence out, as much as possible that is, perhaps there will be a chance for a well-designed uniform.

Until then, print out the contest page from 1972 and send in your ideas.
Posted by John Turney at 12:27 PM