About the same time as David Boss Paintings were released and marketed the AFL had a similar series, though a bit different in style (watercolor rather than oil/acrylic) which they released as posters. We think a couple of different artists, maybe three did this series for the AFL. The Patriots poster was done by Don Salinela.

For comparison, here are the posters: 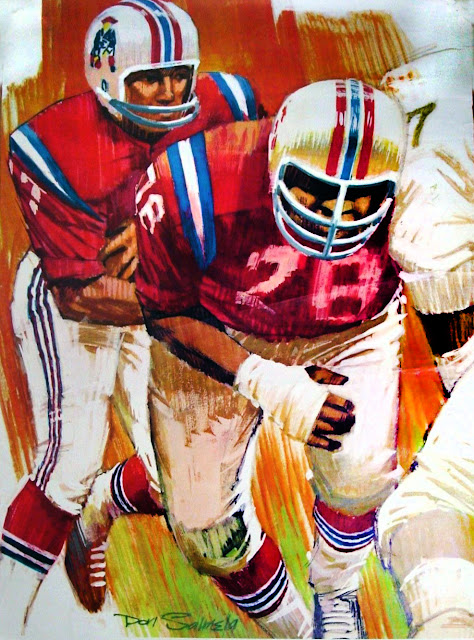 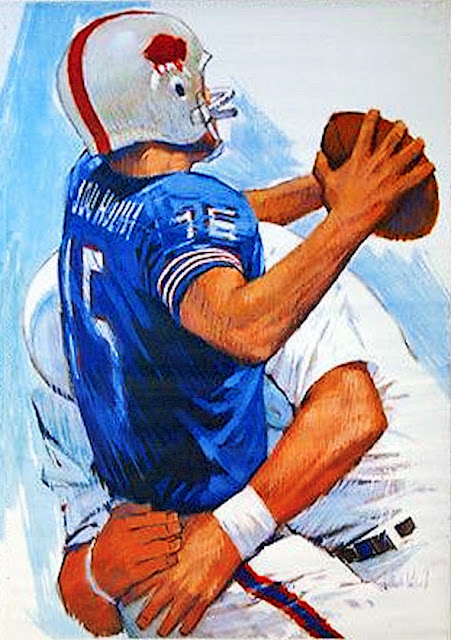 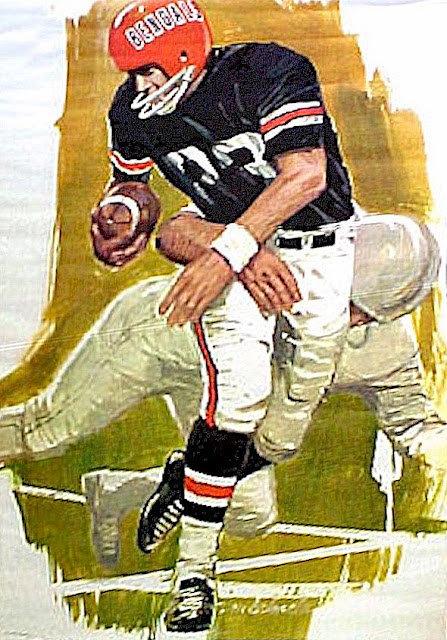 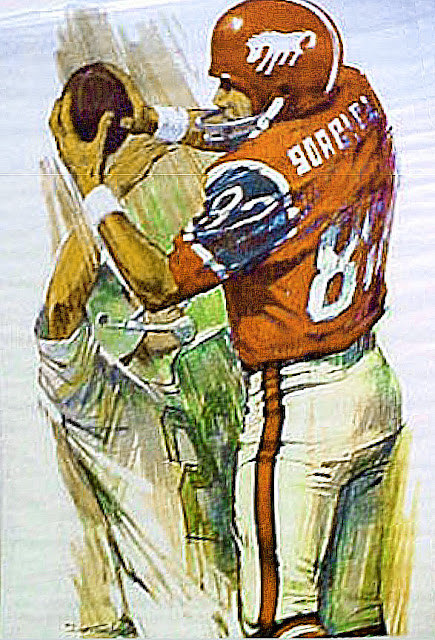 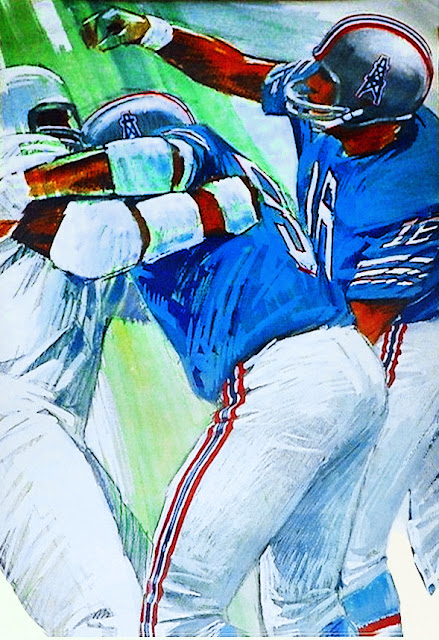 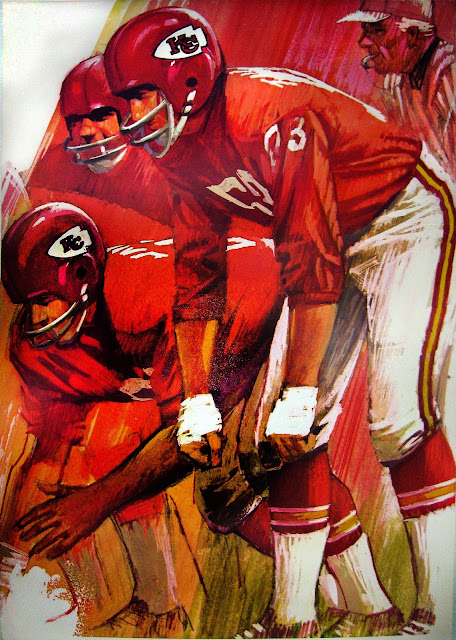 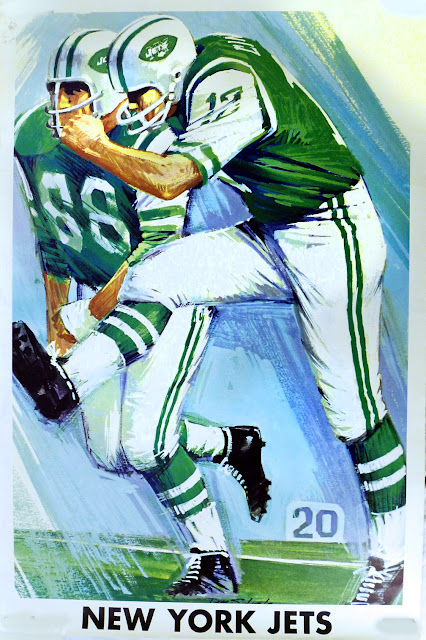 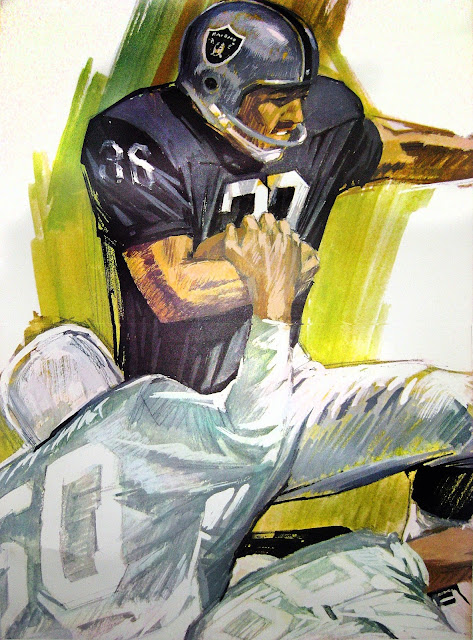 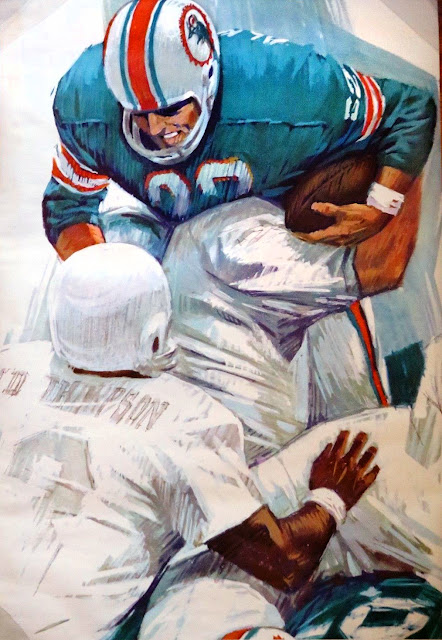 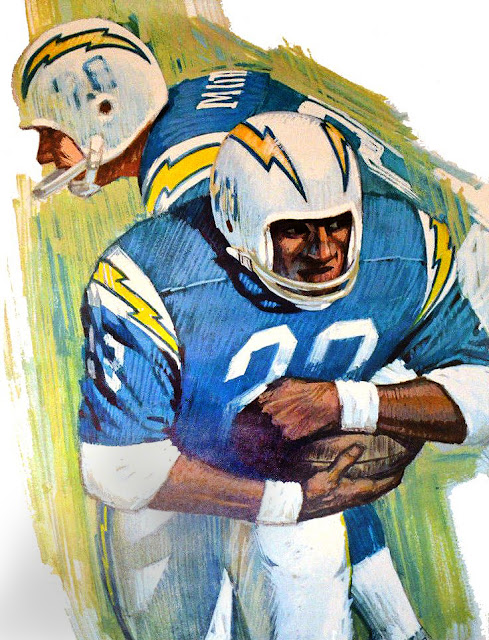