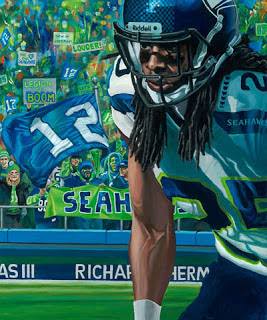 Almost all, if not all, football stats are skewed in some way, there are so many factors that one stat or metric does not always mean exactly what it is purported to.

One game that is Green Bay Packers at Denver Broncos - October 15th, 1984. Denver jumped out to an early lead in a Monday Night Football game which they won 17-14.

Clearly the Packers defense only allowed three the "scoring defense" was recorded as 17 points.

This is a metric, not an exact calculation because sometimes an extra point can be missed or a can go for two points and be successful.

Yes, this does ignore interceptions or fumbles that occur deep into the opponent's side of the field that result in field goals. We are ignoring those because (A) it's too much work to find those and (B) this is just one metric that can be used others to determine effective defensive play. 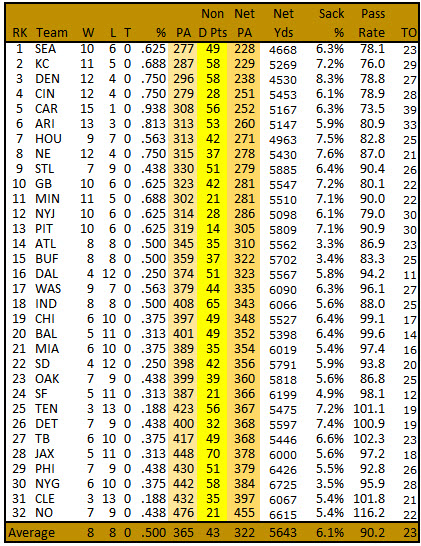 As can be seen Seattle still allowed the fewest points by their they are essentially tied with the Chiefs. The Panthers allowed 308  the net total was about 252.

Though not perfect, it's a better than simple points allowed or using "scoring defense" to measure a defense's success. 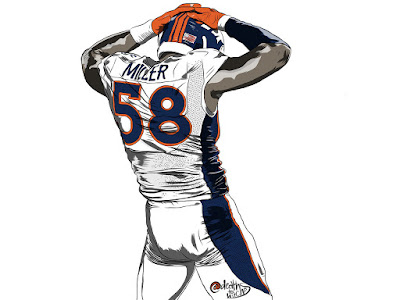