The 1972 Stancraft poster series had only one artist - Geroge Bartell. He was a master of watercolor and had done many excellent works in the past, including the 1968 Steelers poster which was the only one that was a repeater in the 1972 series.

Here are all 26 plus the 1973 Rams Poster which showed the uniform change made by the club. The Bengals, for some reason, had the stripes on the helmet. It's been documented that the Bengals decided not to go with them in 1968, but did adopt them in 1981. Perhaps in the 1972 off-season, they were being reconsidered. For some reason, Bartell included them in the Bengals artwork. 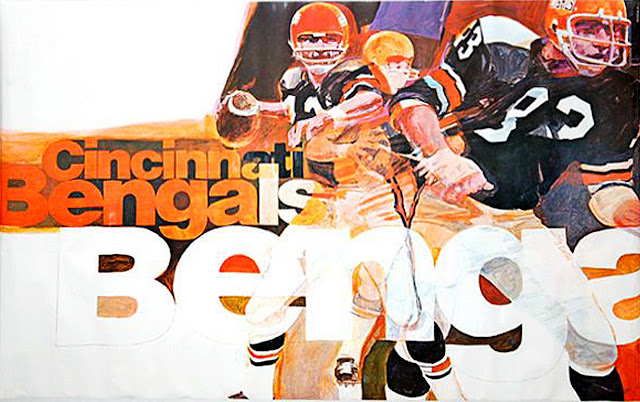 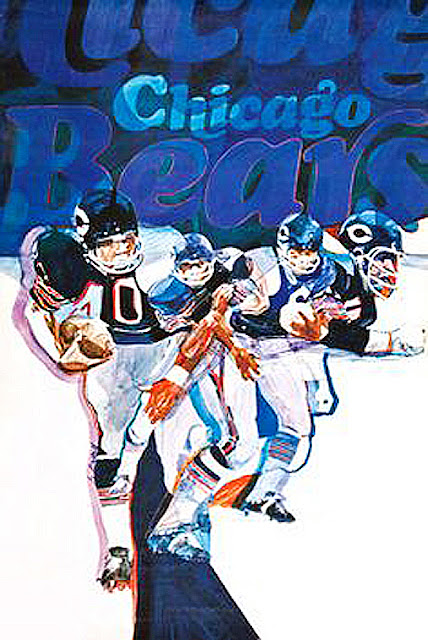 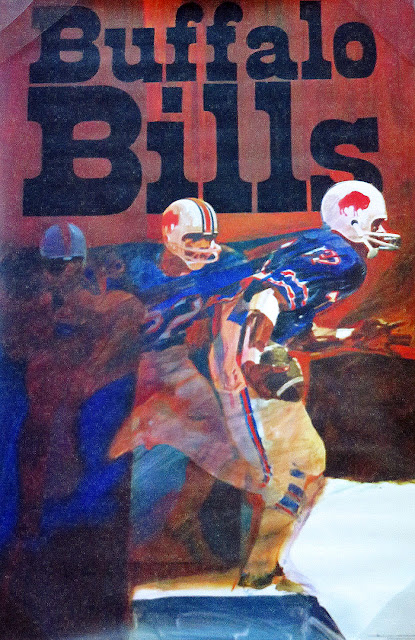 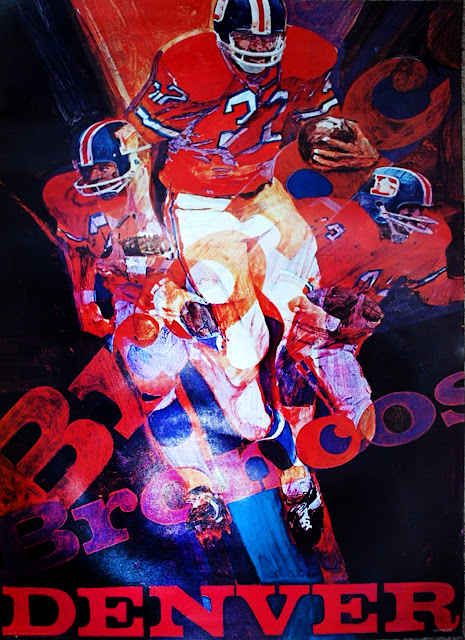 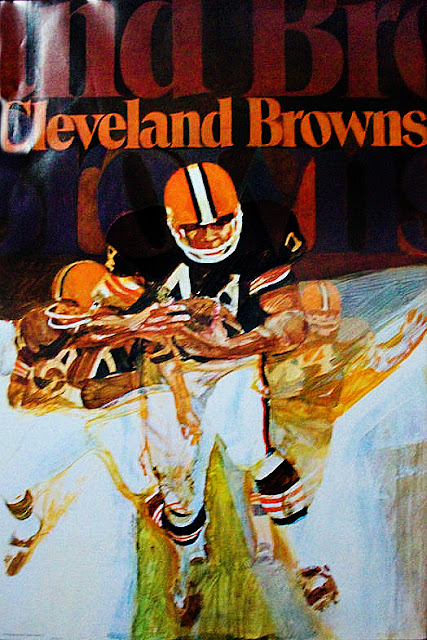 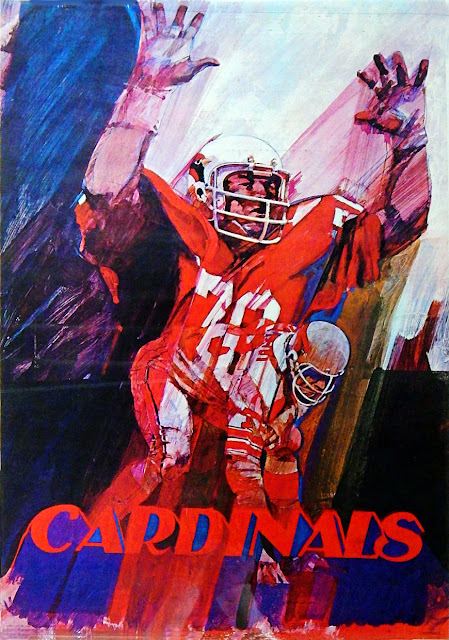 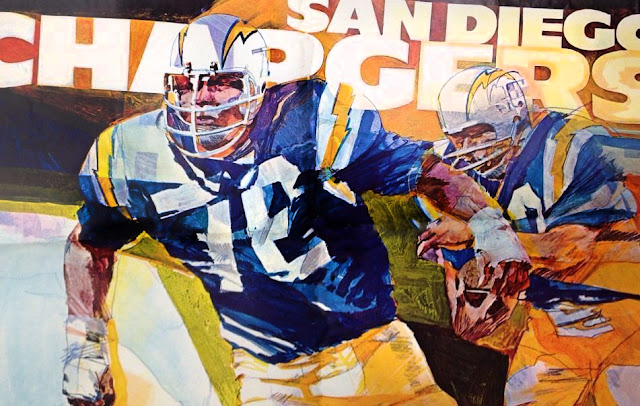 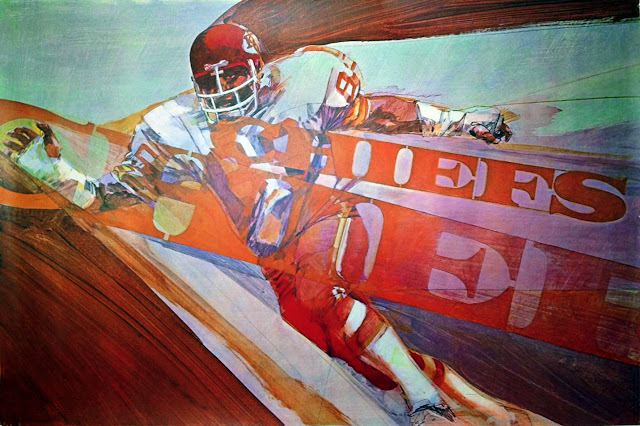 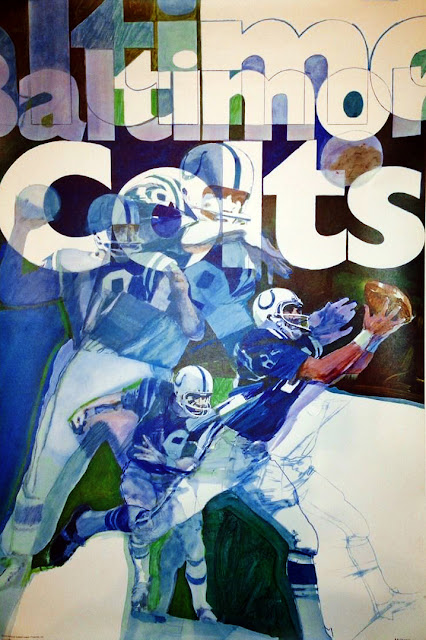 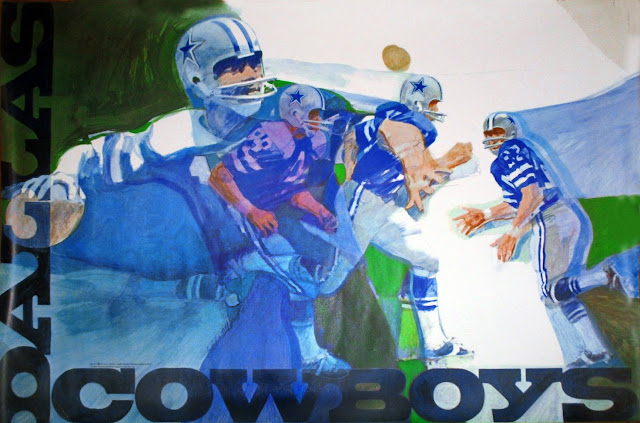 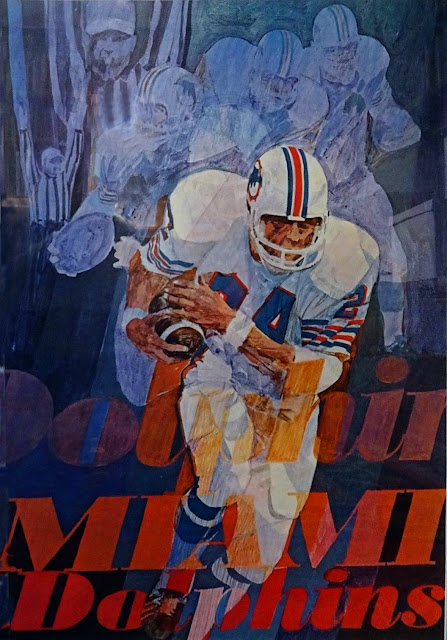 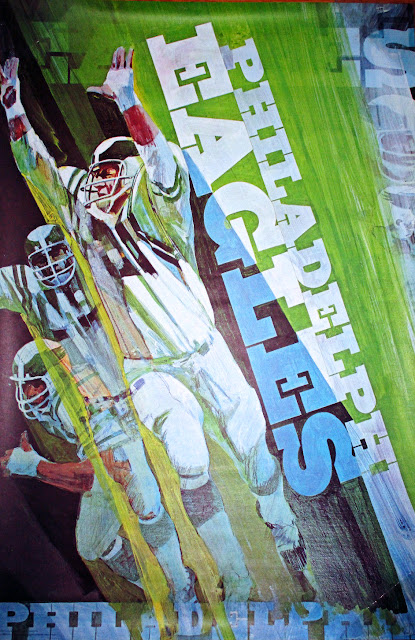 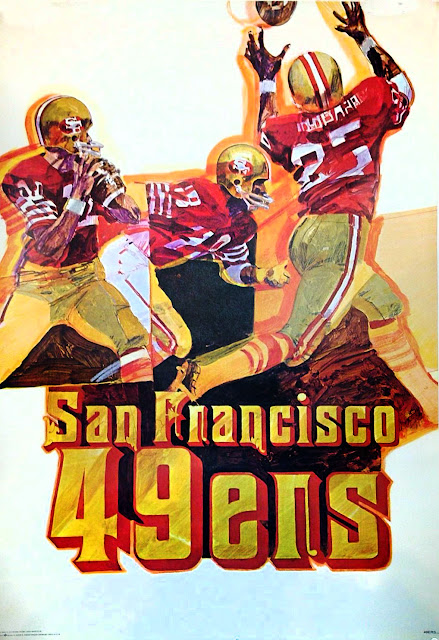 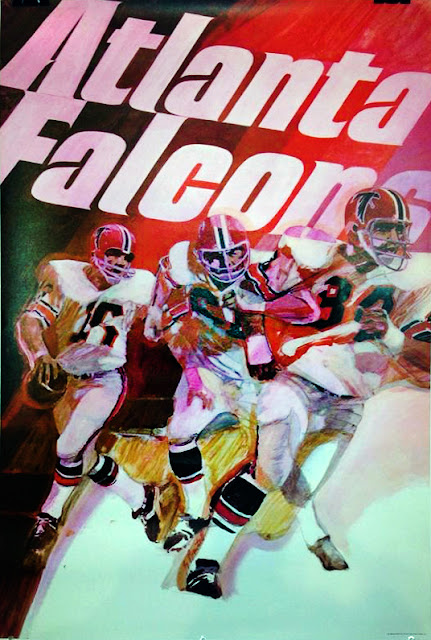 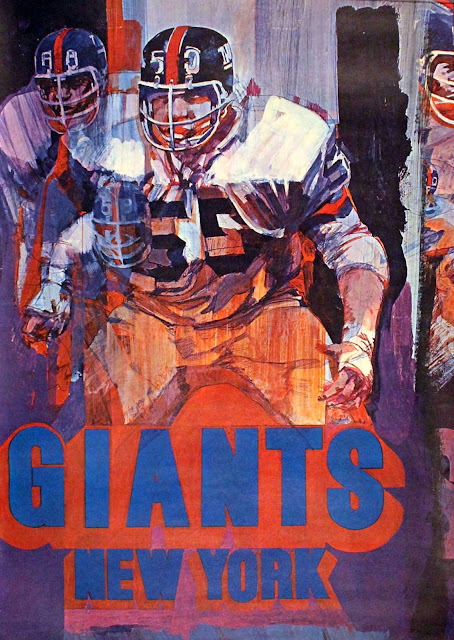 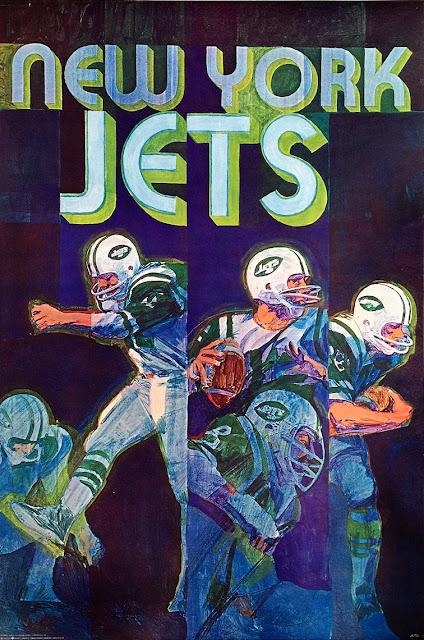 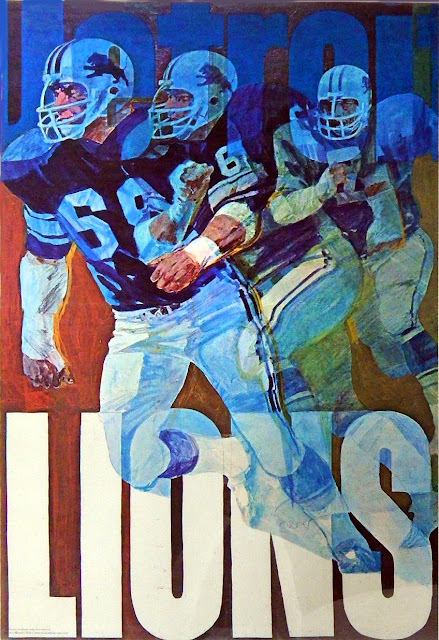 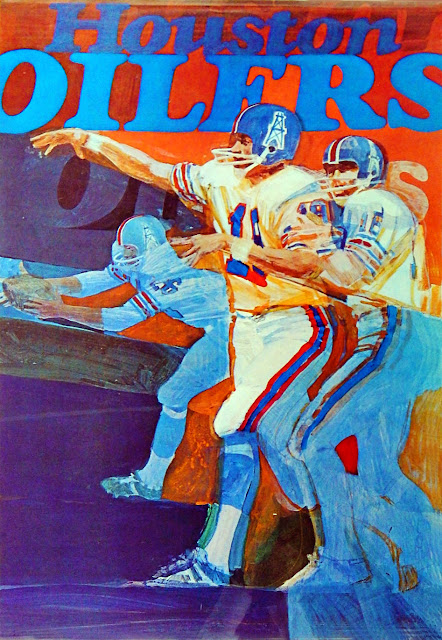 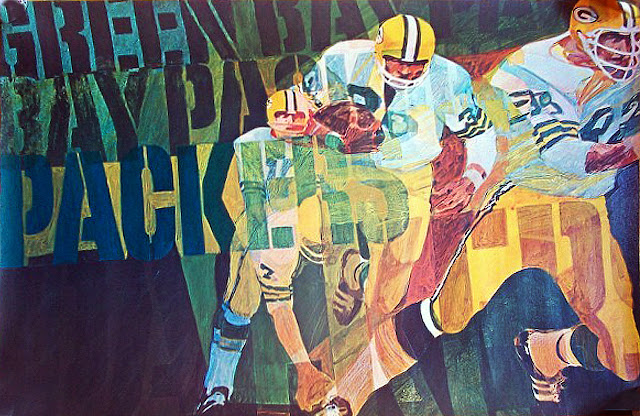 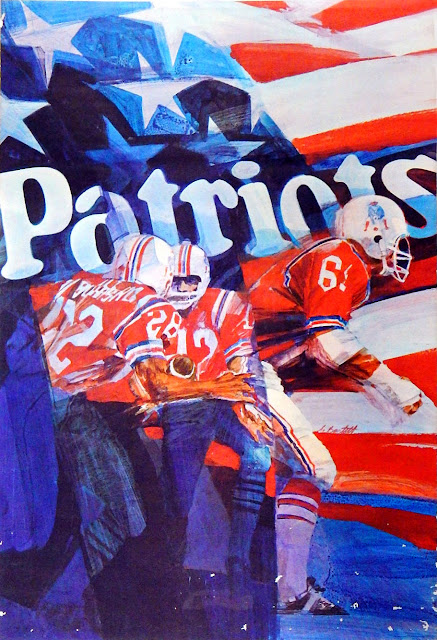 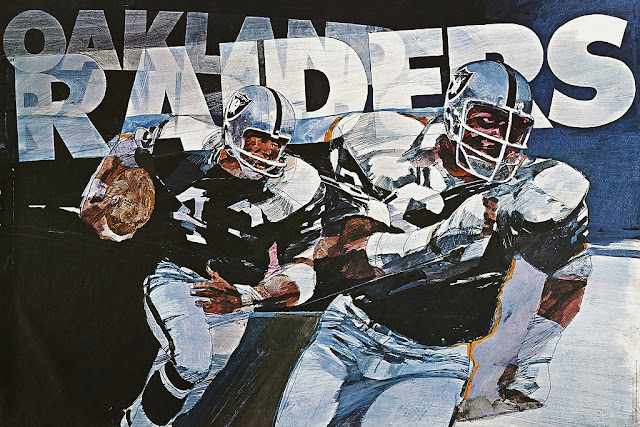 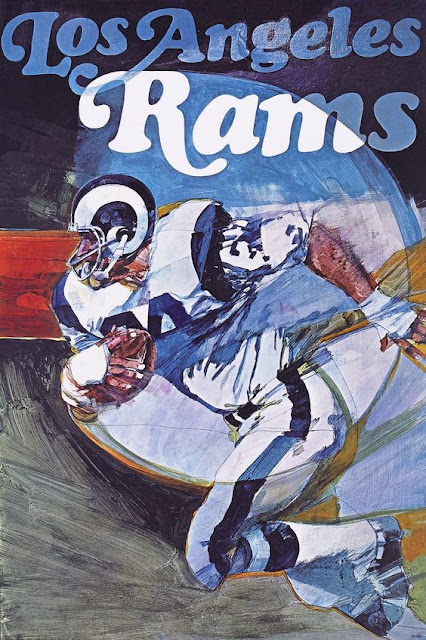 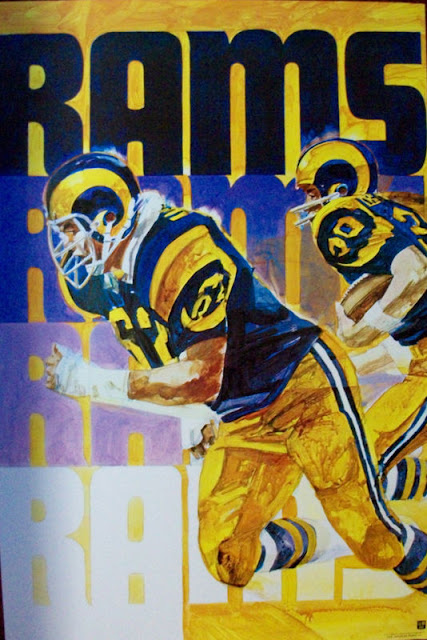 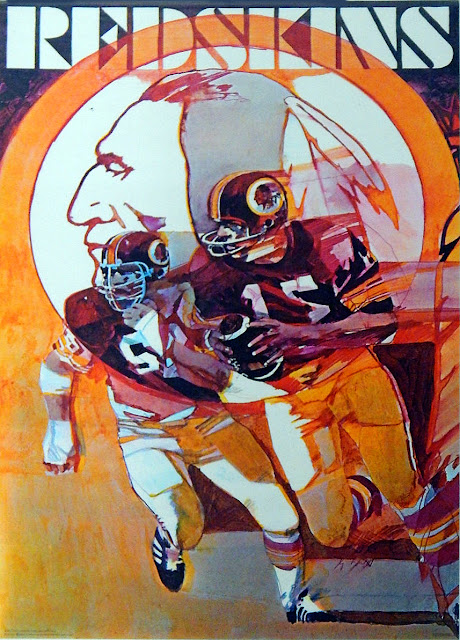 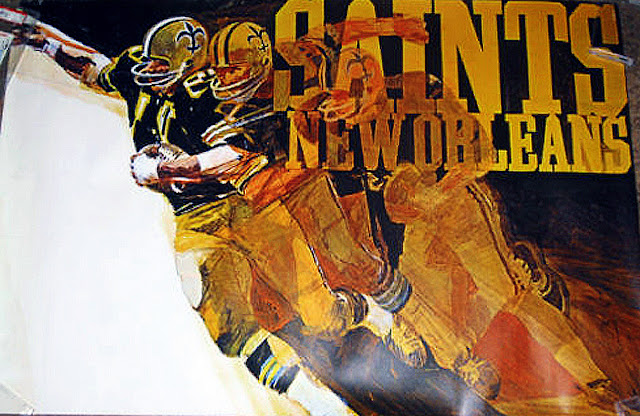 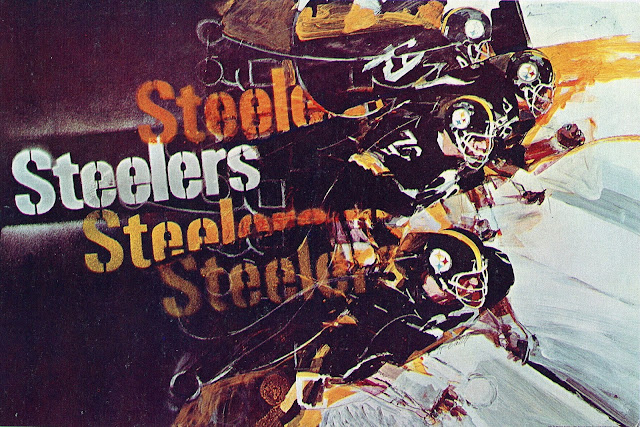 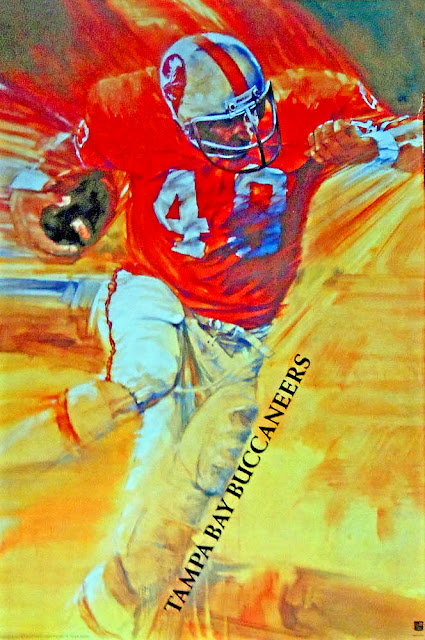 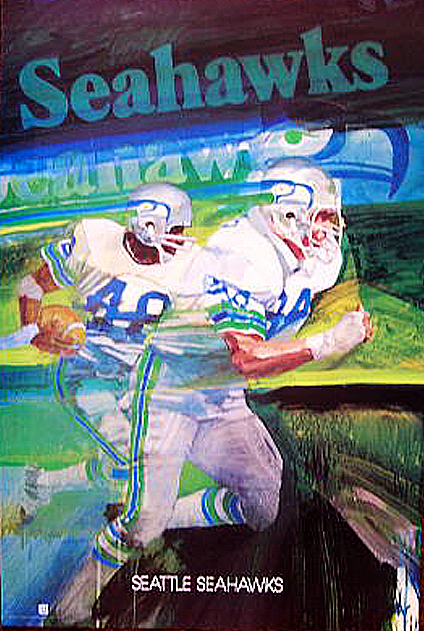 These final two were added in 1976, Again, art was by George Bartell