In 1978 the Los Angeles Rams added a cheerleading unit, likely to compete with the Dallas Cowboys Cheerleaders who were in their seventh season in the sexy uniforms and had become a national phenomenon.

However, to some the Rams version of cheerleaders sexy uniforms went to far. To begin with owner Carrol Rosenbloom and general manager chose the name "Embracable Ewes" for the cheerleading squad. Next, they designed uniforms that were considered over the top, even for the "let it all hang out" 1970s sensibilities.

The controversial part of the was the hole in the chest, which showed quite a lot of "middle cleavage".  We suppose that today it would be called "middle boob"?; as opposed to current slang of "side boob" or "under boob". As far as we know cleavage is still the term rather than "top boob". But then again we are not sure.

Here are a few shots from the uniforms: 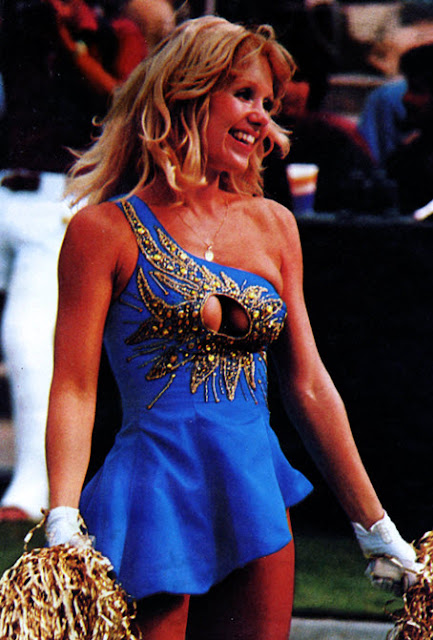 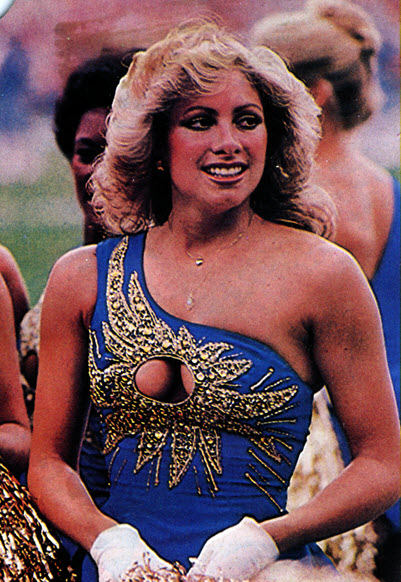 And from the rear: 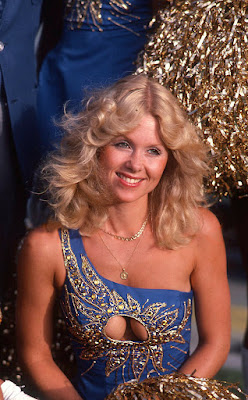 The uniforms even came with capes: 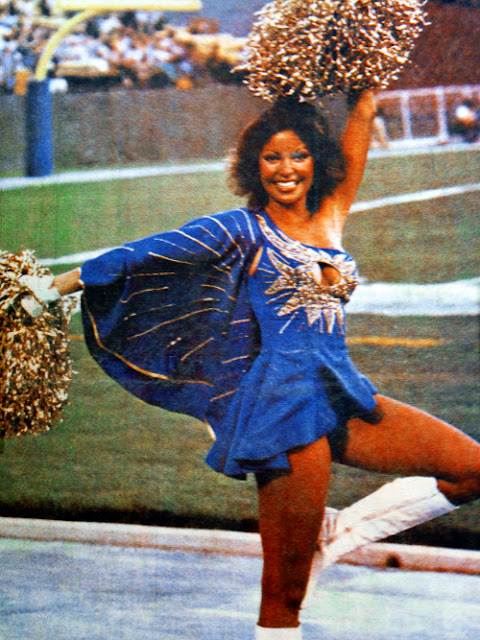 The uniforms were used in the early part of the season but didn't make their national debut until Week 4 when the Rams hosted the Dallas Cowboys in the Los Angeles Coliseum. The television announcers sure noticed them as well as, we suppose, some women's group. Enough pressure was exerted that the Rams management not only changed the uniforms they changed the name to the more mundane "Los Angeles Rams Cheerleaders". They even added a matron of sorts in the form of "Pom Pon Mom" elderly woman who helped lead the cheers. 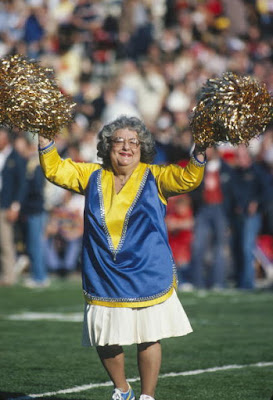 The new uniforms were somewhat more modest and took a more athletic in that they were a loose fitting jersey and rather than go-go boots they wore Nike Cortez sneakers. Additionally, they had names on the back (NOB) and numbers, which was a first in NFL cheerleaders and as far as we know never .

Here are a few shots of the redesigned outfit: 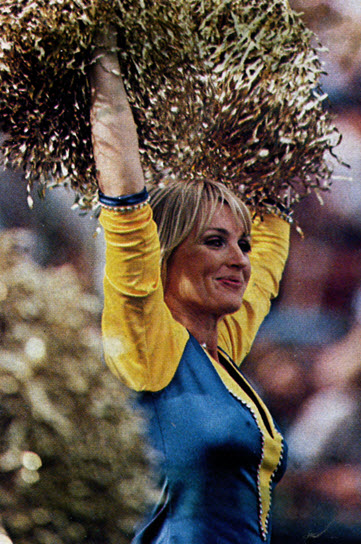 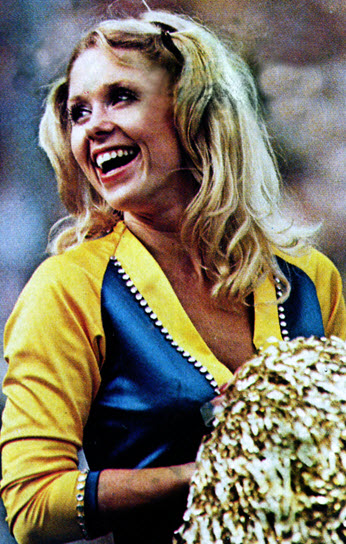 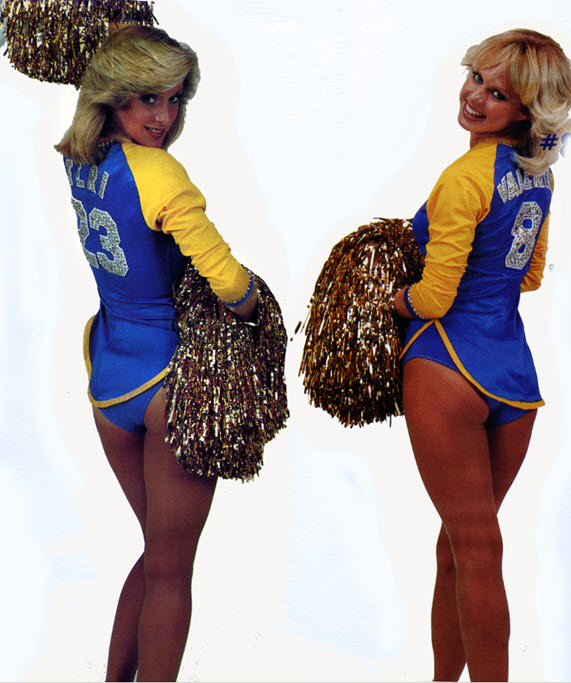 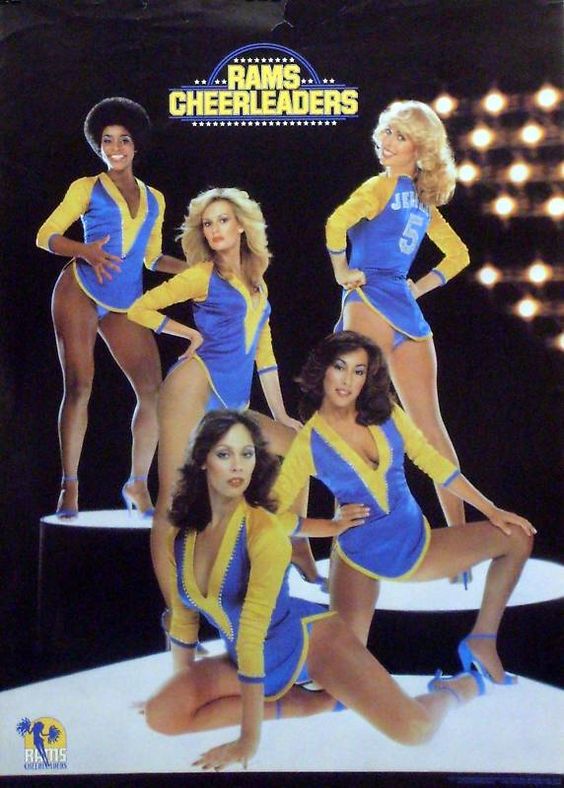 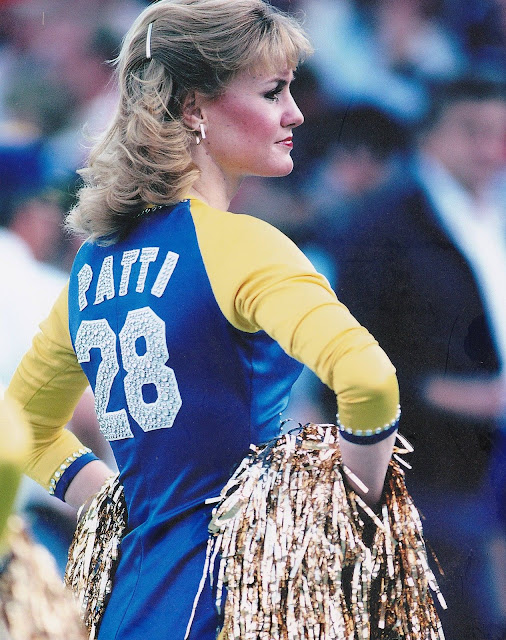 In subsequent seasons the Rams changed the uniforms, but never back to the over   of the 1978 early season: 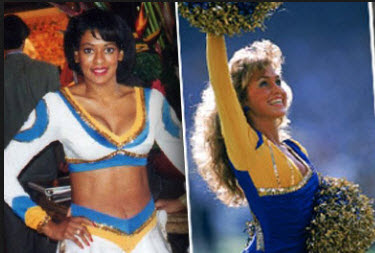 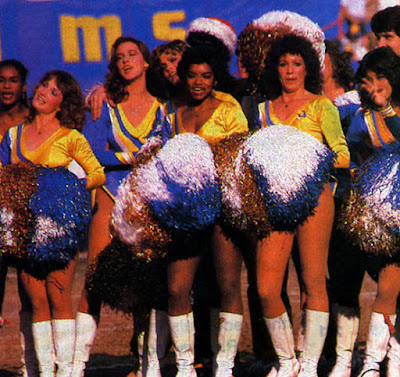 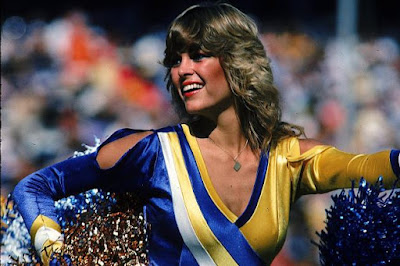 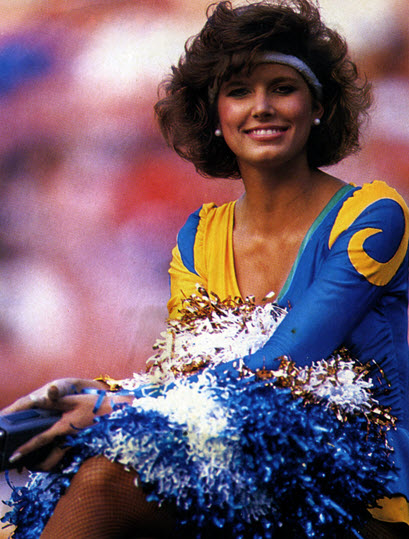 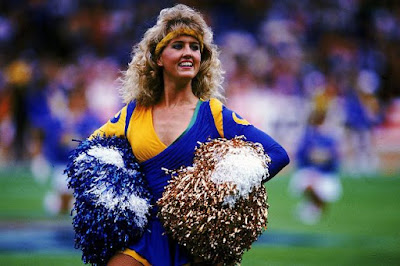 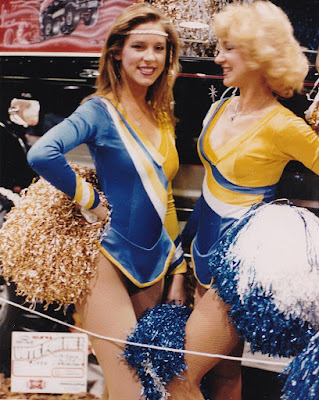 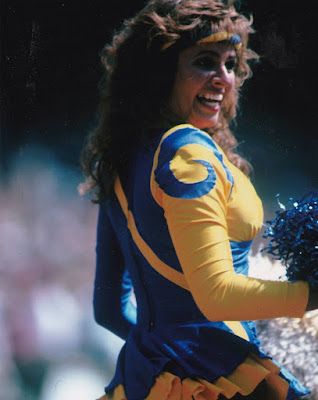 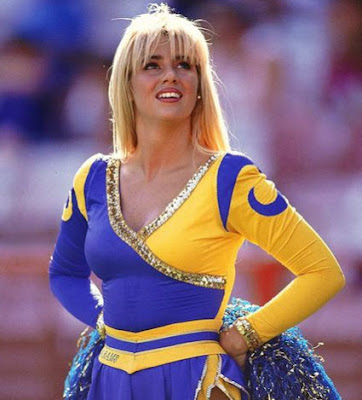 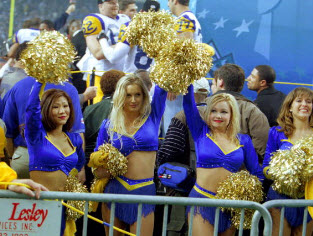