A while back we explored the 1972 Los Angeles Rams uniform oddity in which they wore two different jersey colors (different shades of blue) during that season.

It seems the 1973 New York Giants have the same oddity. In the 1973 team photo below I count 14 darker blue jerseys, very similar to the 1972 Rams and the rest are more of a lighter blue with a slight violet tint, again, very much like the 1972 Rams. I
( to enlarge) 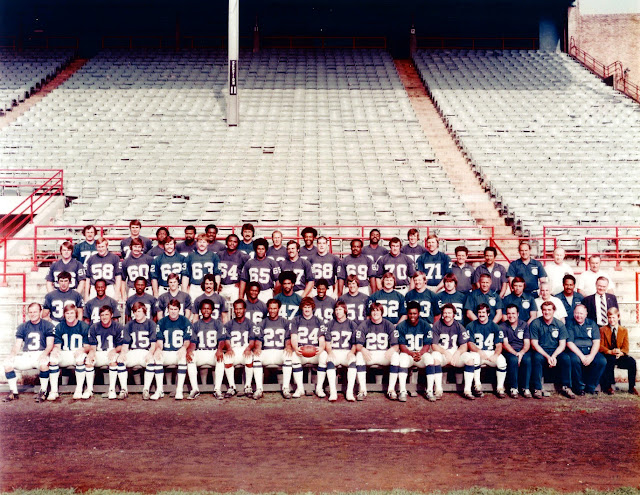 Below is the 1974 team photo, like 1973 above, it shows the two colors of blue, including Doug Kotar's #44. Some of the shots we will post below will show it seems that they did wear both jerseys depending on which one was issued. 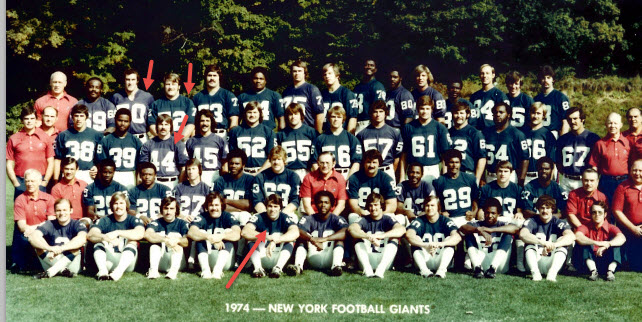 However, it is not clear if they  both during the season. Clips from this game suggest they didn't. But the clarity of the video is not good enough to really tell.

However, this shot from the Yale Bowl in 1974 shows Doug Kotar wearing the slightly lighter jersey: 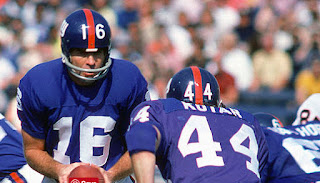 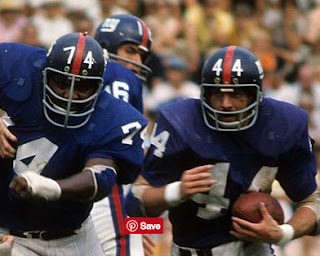 And here, Randy Johnson, in 1973 wearing the lighter jersey with the slight tint. 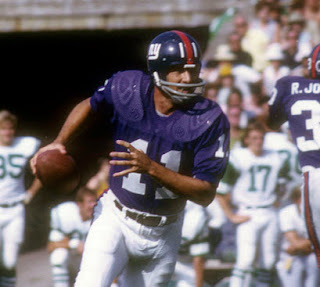