After the 1966 the NFL Players Association hosted a banquet to honor the top achievers for the previous NFL season. Awards included the top linemen and running backs and also a humanitarian award named after Supreme Court Justice Byron "Whizzer" White.

In 1970 the NFL followed suit with the Pro Football Hall of Fame coordinating the efforts. The first sponsor for the NFL Man of the Year Award was and did so through 1975 (1976 award listed here). There was a three year hiatus for the award, but it returned in 1980 with Miller Lite as the new sponsor. After several worthy players were chosen as recipients for the 1977-79 awards (1978-80 listed here) to fill in the blanks. In 1987 Travelers Insurance became the sponsor for the Man of the Year Award. In 1999 it was permanently changed to the Walter Payton man of the Year award, though Nationwide Insurance is the current sponsor.

To compare apples to apples we listed both awards for the year they are awarded, typically it was a banquet held at the Super Bowl or later. Therefore the Payton Award list is different in terms of the years. The other option the White Award the year the award and not the year of  when was given. 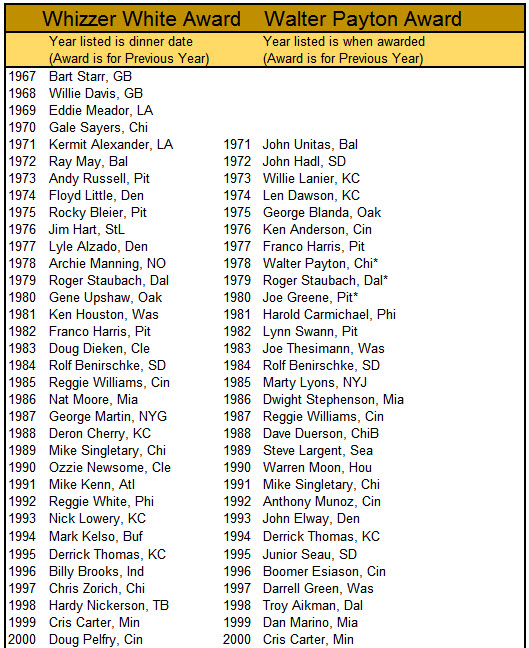 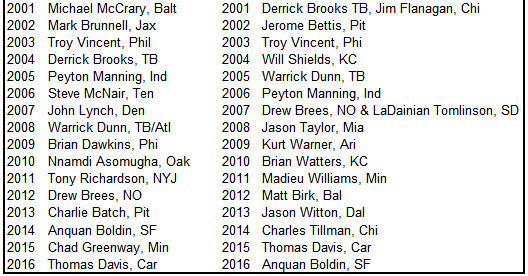 In 1989 Athletes in Action began giving the Bart Starr Awards and later the NFL Alumni organization and Pro Football Weekly added awards and they are listed here. All three are similar to the Man of the Year awards in that they represent players who give service to their fellow man in the spare time. 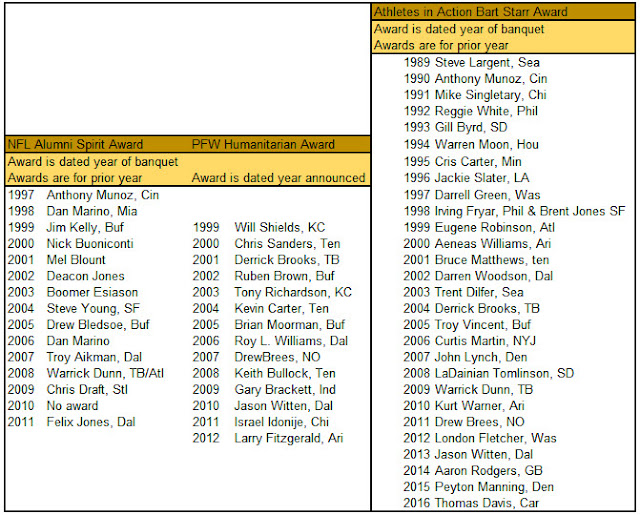 Neither  the NFL Alumni awards are currently given, and as to the NFL Alumni award, former players were though Hub Arkush and his Pro Football Weekly is making an online comeback after a few years away, converting from a print format to the Internet.

According to the NFLPA Website"
"The NFL Players Association annually recognizes players who go above and beyond to perform community service in their team cities and hometowns. The Byron “Whizzer” White Award is the highest honor the NFLPA can bestow on a player"

According to the NFL
"The Walter Payton NFL Man of the Year award is given annually by the National Football League honoring a player's volunteer and charity work, as well as his excellence on the field."

Athletes in Action:
"The Bart Starr Award is given annually to an NFL player who best exemplifies outstanding character and leadership in the home, on the field and in the community."

According to NFL
" Award was created to recognize players who distinguish  themselves through their involvement in youth-related charitable and educational programs."

From Pro Football Weekly:
"The Arthur S. Arkush Humanitarian Award, annually presented to the NFL player whose contributions to the community and charitable organizations are especially outstanding"

Some clips for the NFL Man of the Year Award: 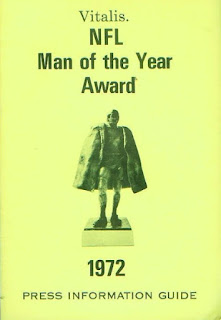 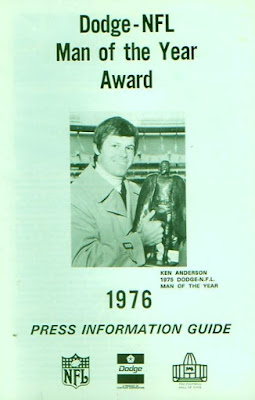 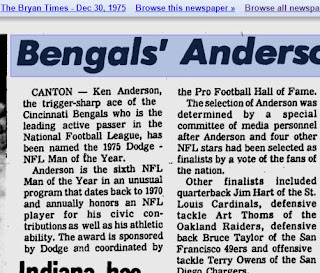 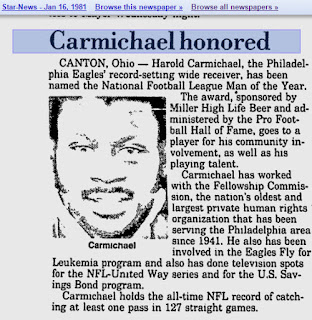 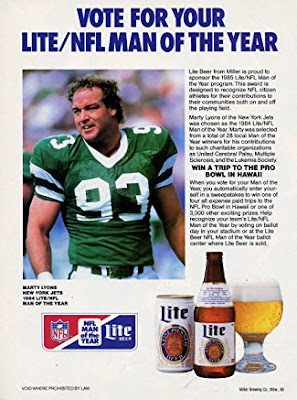 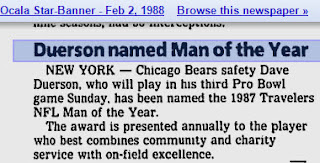 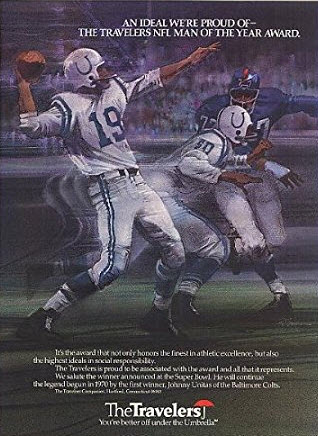 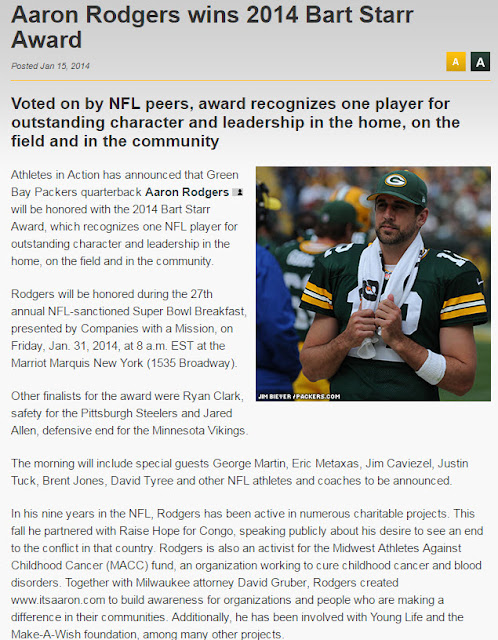