LOOKING BACK
By John Turney
Upon Buddy Ryan's passing this week Dan Hampton, in a radio interview, mentioned that the Bears led an entire decade in every category. Well, he's almost right. We've posted the chart for the entire decade. Also, note that Ryan left the Bears after the 1985 season, so four seasons are without him However, you can see that they did have an impressive decade.
(Click to enlarge) 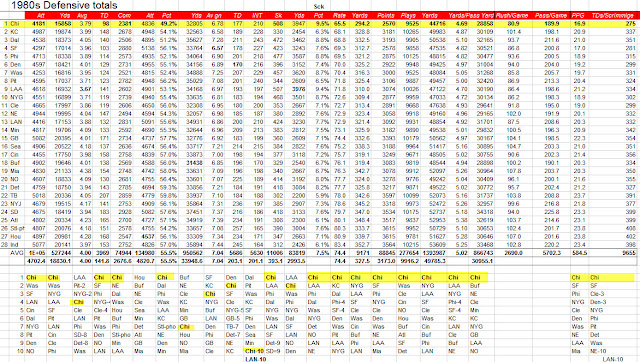 1980s in highlighted and red box are impressive figures.
(Click to enlarge)