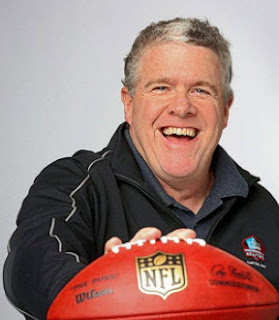 One fan from Twitter, John in CA ran a simulation of the teams picked by the above participants. He sent these notes in an email to explain his process.


1.  The game used is called "Second and Ten" http://www.secondandten.com/   I just play the game.  I have no financial interest.  The developers could probably do a much better job than me.

2.  All the player ratings are from the game as created by the developers.  The players are rated for the year/era they play.  However, the stats used in ratings are the real stats.

3. I took the best version of each player.  So the ratings and stats are not an overall summary of a players career.  These are the best players, using just their best years.  "Best" as in how the game AI rated them that its.  I didn't go through and compare to real life.  The game calculates rating(s) on factors other than just stats.  I don't know how they rated OLs. I'dd assume it's based on how well the real life team they were on ran and passed the ball.  For DLs and sacks.  Again Im not sure.  It seems they have stats for everyone.  Even the pre-1982 guys.  I did take a look and all the guys who would be good at sacks (Deacon Jones, etc) all have very high ratings.

4.  Interceptions will seem high.  But that is because nearly every CB and S has an incredible Int rating.

5.  I played 11-game schedule with each team facing each other once.  Home and Road determinations were random.

6.  The game has some min requirements on KR and PR.  In some cases, I had to increase the amount of returns for players to meet the min.  However, I kept the same yards per return the same so it should be negligible.

7.  QB comp % is important.  So QBs like Bradshaw, Unitas and Staubach who played when mid to low 50s% were normal will reflect that.

8.  All teams were played by AI coach.  How much they decided to run/pass is based on stats/ratings.

9.  This is just one simulation.  You will get variations every time.  Especially with each team being loaded with talent (high ratings)

10.  Dan Fouts team is clearly the weakest though.  His team will lose a lot no matter what.  Lots of reasons, but a QB with low comp % is a big one.

11.  I put the teams (people) in locations that seemed to be connected from where they are most connected and used old school, outdoor stadiums.  At least from my research.

12.  There are three or four game results which will look a bit odd with high scores, but......its a game.

13.  There are probably a few tweaks which could make it better, but I'm not aware of them.

So, with all those caveats here are the results: 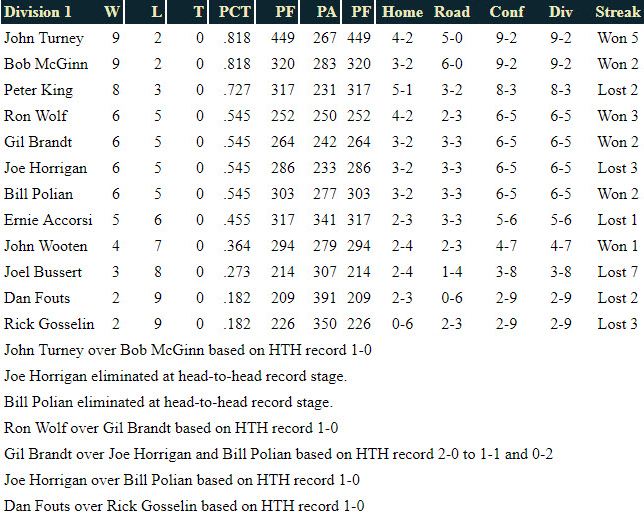 And no, I had no idea I'd have the best regular-season record, but I do 100% recognize that the qb stats are important and Johnny Unitas underperformed. This game, and no other game I am aware of can make adjustments to passing stats. They are what they are.

Here are the leaders in statitical categories: 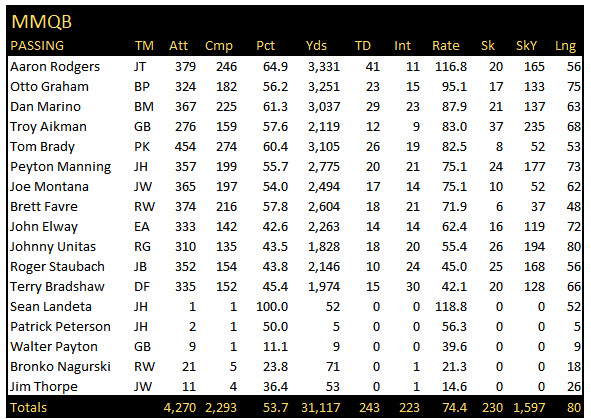 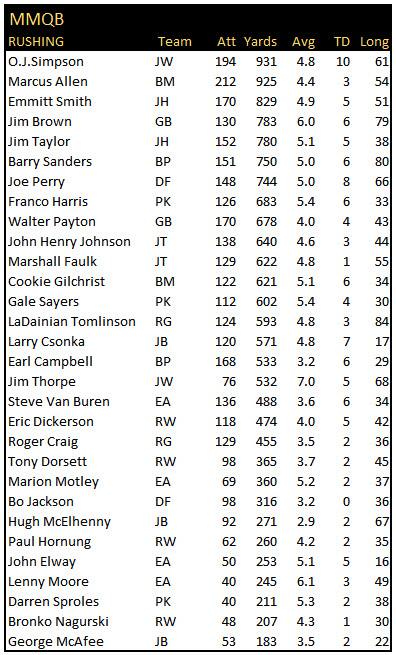 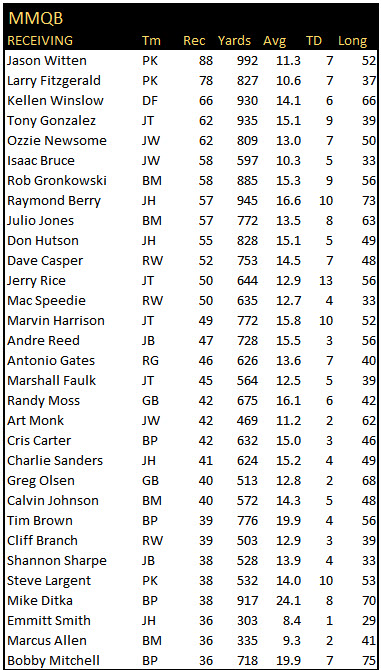 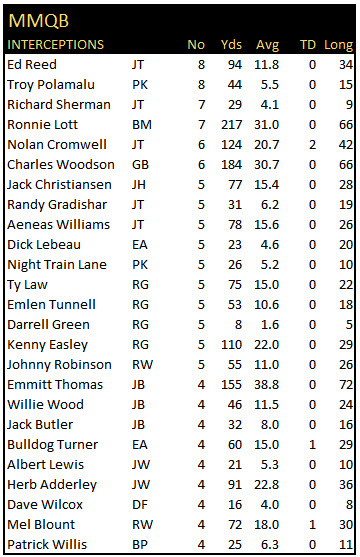 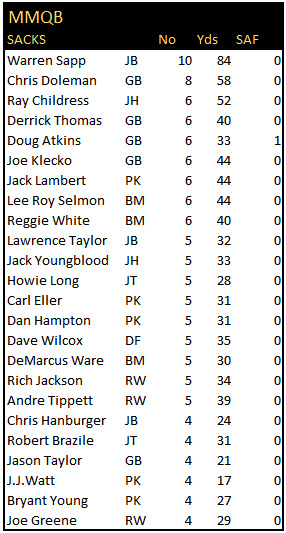 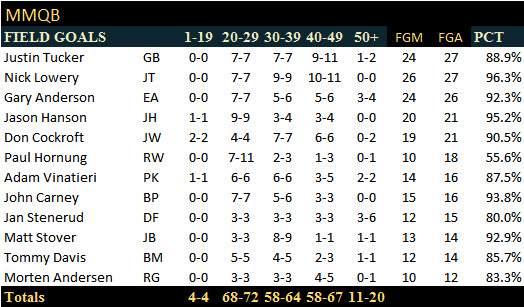 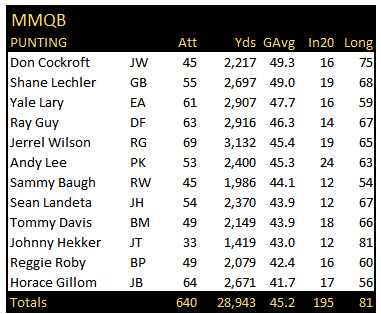 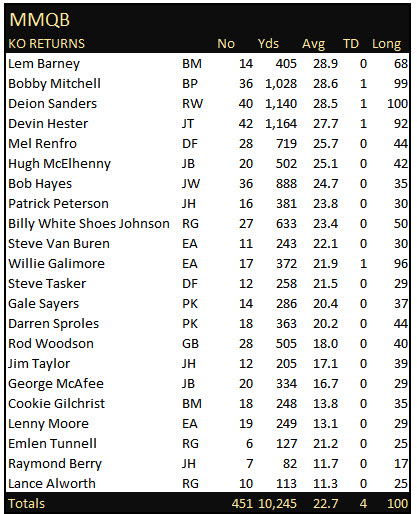 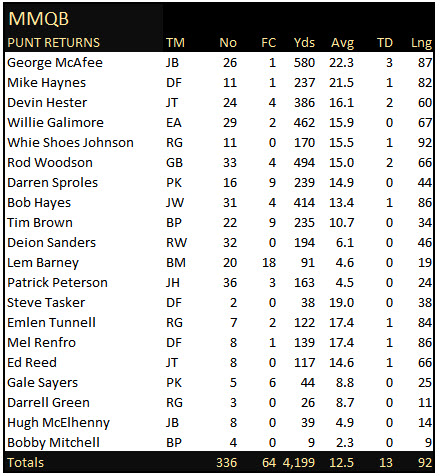 So that was the regular season. Here are the results of the playoffs:

MMQB Bowl
King 28
Wolf 17
So Peter King, the designer of the MMQB draft takes the crown. Well done, Peter.
Posted by John Turney at 9:47 AM