Quite a Day and Quite a Season for Aaron Donald 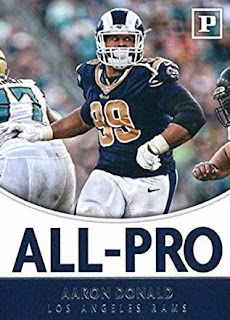 Aaron Donald extended some records he already held and set some he had been chasing with this three-sack performance in Arizona today. 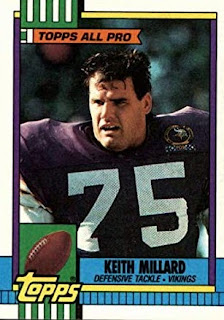 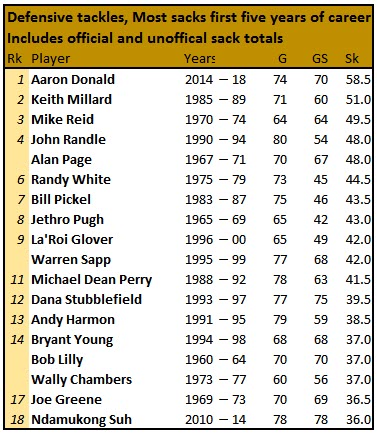 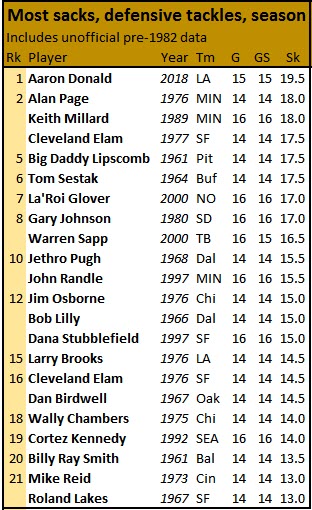 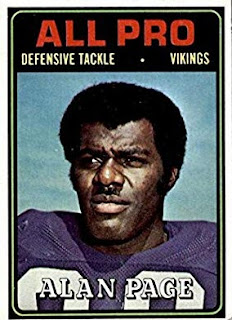 In a related stat, Donald is averaging 1.30 sacks per game with his 19.5 sacks in 15 games. This one he could lose if he goes sackless next week so we will have to wait and see on this to give it finality. 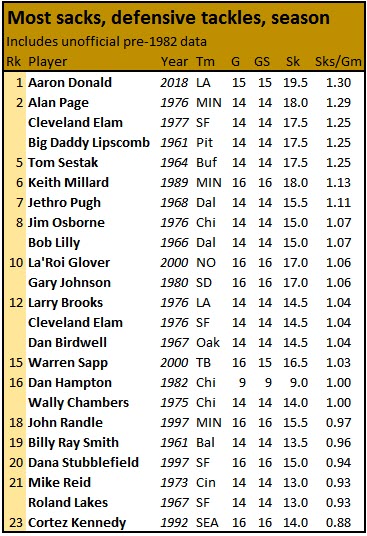 Donald also extended his team record for sacks by a defensive tackle, a record he already held— 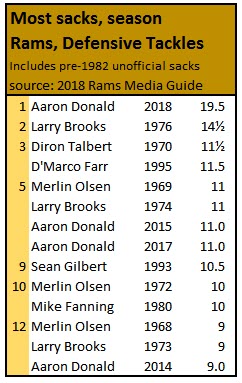 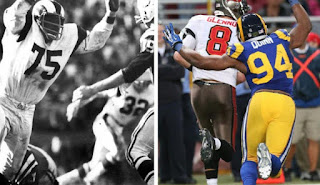 He does have some work to set the unofficial all-time record for sacks in a season still held by Deacon Jones—
Today Donald passed Kevin Carter, Jack Youngblood in addition to Quinn, Alan Page and Keith Millard. Not a bad day's work.

Currently, Donald leads the NFL in sacks and his nearest competitor is 4 sacks behind (Chris Jones with 15.5), which is the third highest margin since sacks became official in 1982. In 1987 Reggie White won the sack title with a margin of 8.5 and in 2001 Michael Strahan won it by 7.5.

Donald has told reporters he's going to play next week, for all intents and purposes to shoot for the record since the Rams playoff seat in all but determined. So, week 17 will tell if he can break all the records, he's already, in our view, sealed up the AP, PFWA, and SN Defensive Player of the Year awards and unanimous All-Pro selections from those organizations as well as others. So, the sack records are all that are left for 2018—aside from the most important thing, the Super Bowl ring. 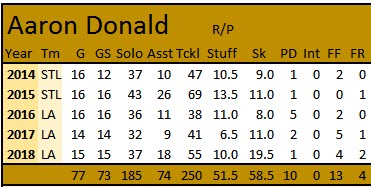