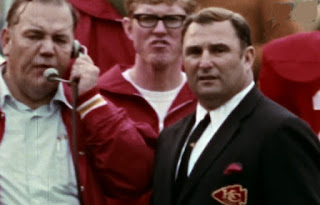 The day after the Super Bowl IV papers who subscribe to the Associated Press' football coverage printed this diagram, label as being made by the AP itself.  It was a good effort but was errant. 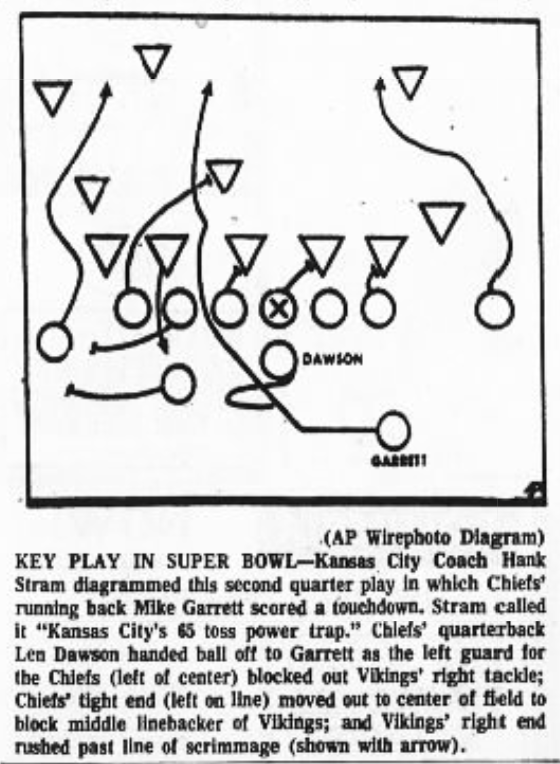 Not they have the left guard trapping the right defensive tackle (we think that is what they are trying to convey). But it was the right guard who did the trapping of Alan Page.

Also, the Chiefs were in split backs or "red" left. The play looks more like this— 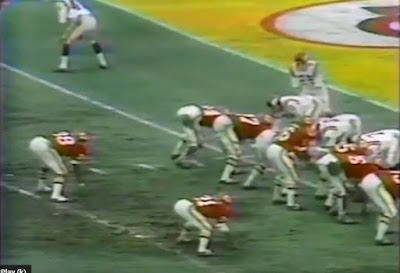 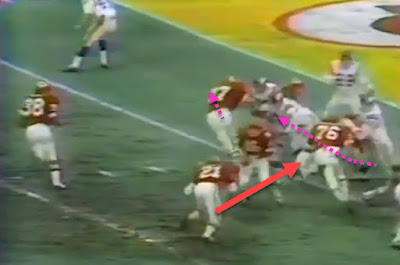 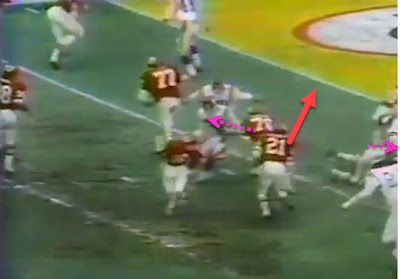 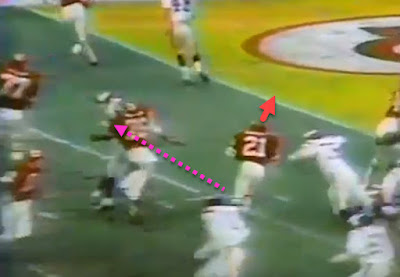 The Chiefs playbook we have does not have 65 Toss Power Trap in it, but it does have 56 Power Trap out of Red Left with the tight end motioning to the spot outside the tackle from a flexed position. But it's the same play only reversed—

Why is is called "toss" when there is not toss? Unknown. But the playbook calls plays that begin with fifty or sixty with those names. Teens are 'dive' playes, twenties are "inside runs" and so on. 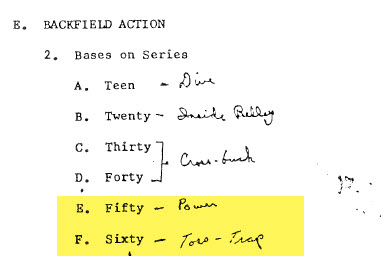 All we know is "65 Toss Power Trap" is the most recognizable name for a football play ever and you are going to hear it a lot over the next few weeks as we celebrate the 50th Anniversary of Super Bowl IV with the Chiefs in Supber Bosl LIV. 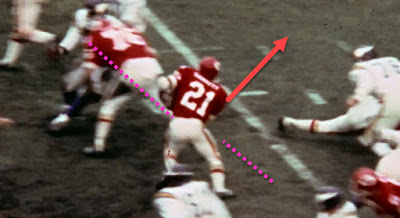