We Have Been Toe to Toe Before: Playoff Rivals 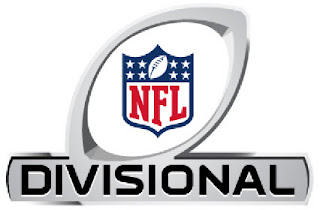 Is this the best weekend each year in the NFL? My humble opinion—YES!

We have the four seeded teams against the four winners from last weekend. Adding to what should be some very hard-fought football, and hopefully, compelling games is an aspect that Steve Sabol and I discussed many times.

So Coach TJ what did you and the visionary leader of NFL Films specifically discuss? First and foremost the best historical rivalry; which no doubt will always be the Raiders against the Steelers five CONSECUTIVE years—doubt we ever see that again?

There are other rivalries where the two teams have flipped the coin and gone to battle more than once in their respective team histories. We have two of those on Saturday.

Beginning in 1968 the Minnesota Vikings have frequently earned a playoff berth, and have played 17 games against the Rams, Cowboys, and 49ers.

Saturday afternoon in California the Vikings will attempt to beat San Francisco for just the second time in playoff history (Minnesota holds the regular season edge, but the Niners have won four of five in the playoffs).
The Vikings have a strong receiving corps, and maybe just maybe Thielen or Diggs can have a day like Anthony Carter in 1987?

Saturday evening the Ravens take on the Tennessee Titans (for you youngsters, this band of brothers used to reside in Houston Texas as the Oilers). The Oilers/Titans will square off for the fourth time against Baltimore.

Four other teams have faced them four times in play-off history; the Chargers, Patriots, Raiders, and beginning in the late '70s traveled to the Steel City to take on Pittsburgh. The Houston Oilers have been a franchise that has been moved more than once from one division to another, thus attempting to have a long-time rival in the playoffs has not captivated historians like San Francisco vs. Minnesota.
That said—everyone who watched the Ravens play the Titans in January of 2001 came away from the game knowing that these two opponents just did not like each other.

The keys to victory in the playoffs are very similar to the regular season, yet we all know the stakes are higher with elimination, and any play can help determine the game. Line play and turnovers are key, but since this is a territorial game gaining yards and having the clock be your friend is paramount.

Since so much of the game in this era is passing, and playing team pass defense; will end this narrative by examining the passer rating system (we all know a favorite of mine). New England led the league this year with a rating of 62.8, and Ryan T. had a rating of 61.0 against the Patriots last Saturday evening, a decent performance. Victory of course came from a staunch defense and bulldozing runs by Derrick Henry.

The Ravens ranked in the top five in the defensive passer rating system with a mark of 77.5, so Tannehill. must be more efficient for Tennessee to have a chance. The Titans were in the middle of the pack this year at 90.4, and face the league MVP.

No doubt Vrabel has mentioned this fact more than once this week, and specifically told his secondary to make plays!

San Francisco played much-improved team pass defense this year with a mark of 83.0, and the Vikings ranked just a few notches below at 86.1. Efficiency, turnovers, pass rush, and quarterbacks being decisive & accurate will determine the winner in this game. My smokehouse almonds and Dr. Pepper are ready, and so am I—bring on the divisional round!
Posted by TJ Troup at 10:13 AM