By John Turney
Yesterday we posted our guesses for the AP All-Pro Team. So, how'd we do? We'd say we did okay but did miss some.

Here are the tallies for the "Locks": 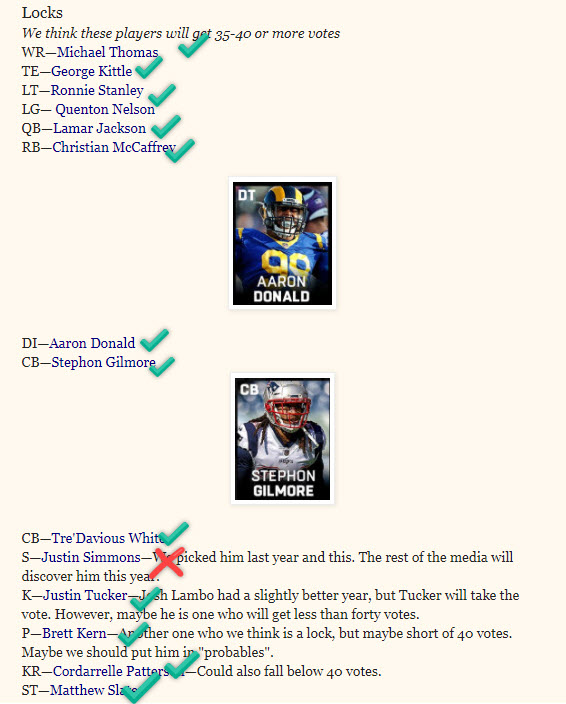 We missed on Justin Simmons who was Second-team.

Here are what we termed "probables": 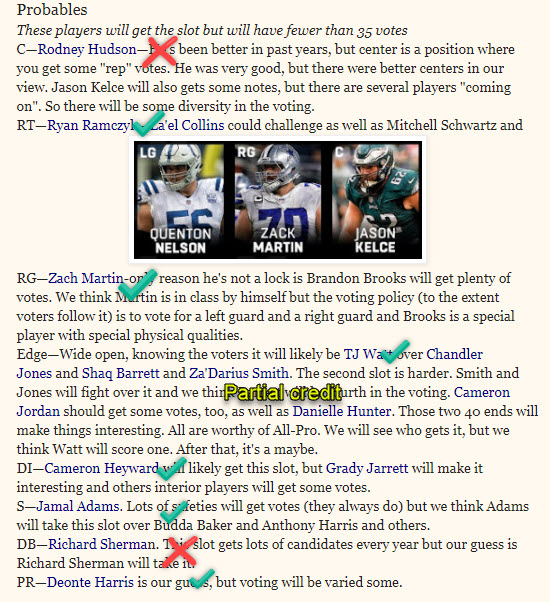 We missed on Hudson (Second-team) and Sherman as the fifth DB. We overthought the edge rushers, but Watt did get First-team as did Jones.

Here are the "Maybes", the hard ones to predict: 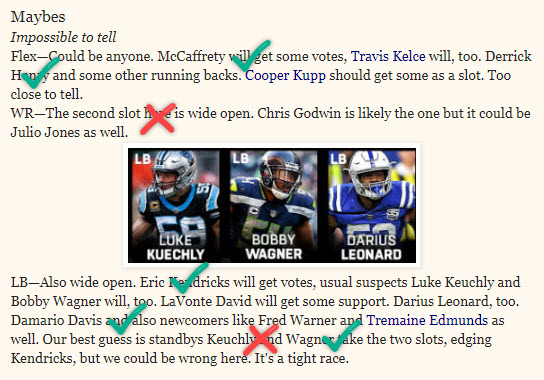 We'll take partial credit on the linebackers there. We didn't predict them as much as suggest that they would get mentions. We did miss on the second WR slot, though.

Where we missed the most was on who would get a certain amount of votes, we call that a fail by us.
Posted by John Turney at 1:30 PM