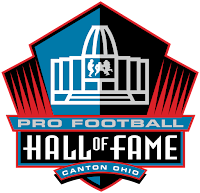 The Pro Football Hall of Fame lists the finalists for the Hall of Fame each year and has done so since 1970. However, prior to that, they did have Finalist lists, it's just that they were not released.

The finalists (often called the Final 15) are then debated the day for the Super Bowl each season and the Hall of Famers are announced after the votes taken in that meeting. 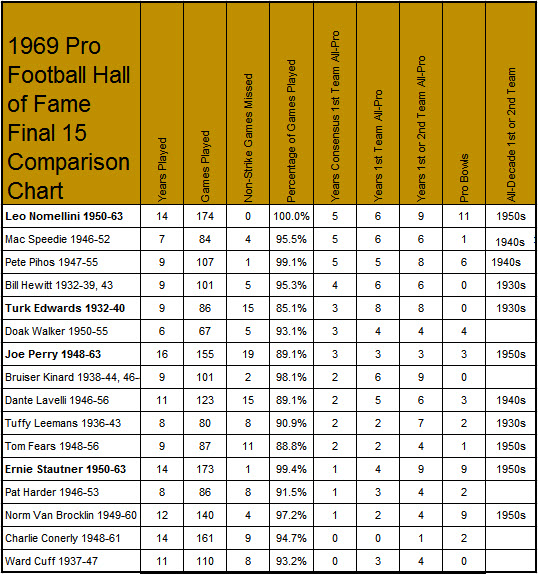 Also on the finalists list were coaches Earle (Greasy) Neale and Clark Shaughnessy making a total of 18 finalists. Neale was elected along with Nomellini, Stautner, Perry, and Edwards.

At first blush, it would seen to casual fans that Nomellini, Perry, and Stautner were all considered First-ballot Hall of Famers but they were not. They were eligible in 1967 when there was a three-year waiting period. But that rule was changed for the Class of 1969 they were, the five-year waiting period had elapsed and in January they were elected. But like Emlen Tunnell, Bobby Layne, and Chuch Bednarik they were not technically first-ballot selections.
Posted by John Turney at 7:08 AM