Why Not Backdate the Net Punting Statistic? 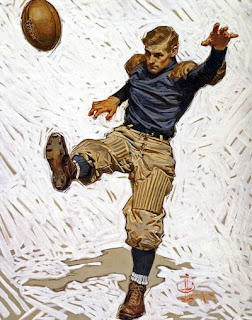 In 1973 the Pro Football Hall of Fame devised a system for rating quarterbacks, now called the NFL Passer Rating. It was a statistic that was meant to be able to compare passing statistics, regardless of how many attempts so that a quarterback who threw a lot would not be able to dominate the passing stats compared to a quarterback who threw less but was more efficient. For good or bad it is still the standard. Also, passers from back in the day were included, and we have been able to see that there were times that a player like Sammy Baugh was able to be rated very high in that statistic, relative to his era and how the game was played.

In 1976 the NFL and Elias Sports Bureau began publishing a 'Net punting average statistic', which subtracted punt return yards from the gross total and a 20-yard penalty for every  a punter footed. It is now the standard for punting, that is how far a punter kicks a ball is less important than how far the ball is after the play is over, that is where it is spotted.

Unfortunately, there has been no backdating of that statistic, officially by the NFL anyway. Perhaps many of the play-by-plays () are missing, we really don't know what Elias has in that department. However, they seem to have quite a lot. But this is a statistic that is fairly straightforward to compute if the  exist. All they need is look at every and see where it ended up. And the "Inside-the-20" stat could be added in, as well.

It would be very educational to see what have great seasons prior to the 1976 season. Some researchers have gone back and done some of the work, but not all of it.

As we stated there has been no official backdating, but some teams have backdated their media guides with some of the information. We are very grateful for those who have. Rick Smith's group with the Rams did it some years back, as did Jack Brennan's group with the Bengals, and Rich Dalrymple's Cowboys team and Craig Kelly's staff in Indianapolis also did some of this important work. Hat tip to all of those PR directors and their teams and those we neglected to mention here.

We would encourage more of them to do so, perhaps in the off-season when they go through the process of updating their press guides.

We fully understand that it is likely that as far back as could be done would be 1960 or perhaps mid-1950s. We have no expectation of ever finding Fats Henry's net punting average or even Sammy Baugh's. But players like Tommy Davis and Jerrell Wilson and some others, we think it could be done because for some, it's been done.

Here are a few examples of pre-1976 punters who had excellent seasons: 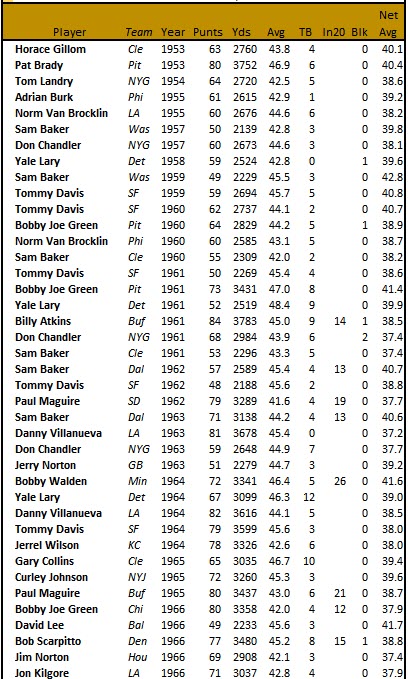 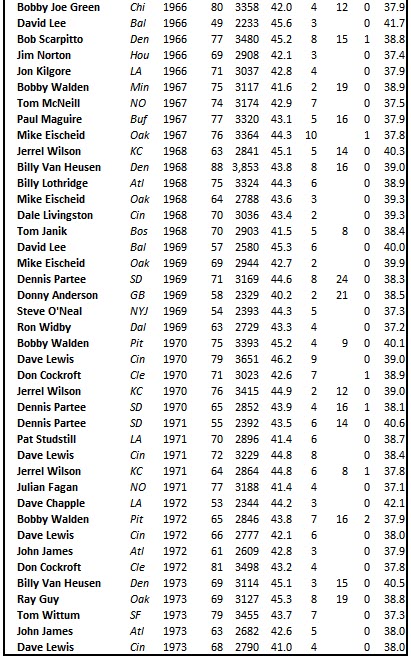 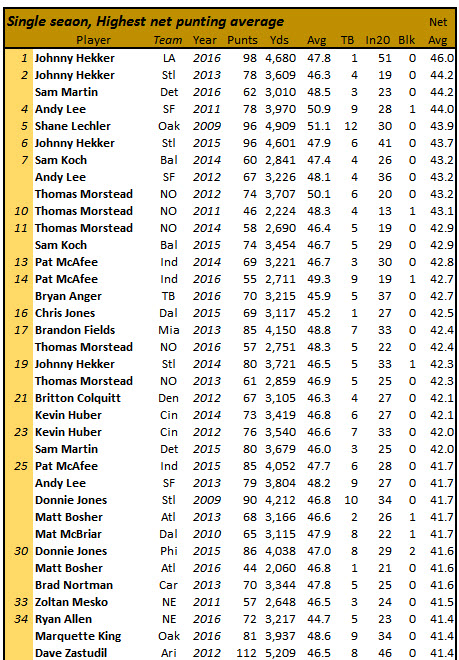 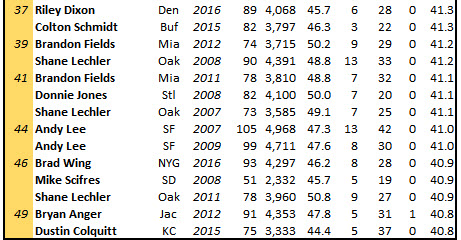 So, in a non-critical way, we ask the powers that be to make an effort to compile a list that is  as far back as records go.
Posted by John Turney at 12:15 PM