Colorizations of the Day: Packers and Giants in NFL Championship Games

The game matched the New York Giants (8–2–1), champions of the Eastern Division, against the Western Division champion Green Bay Packers (8–3–0).  It was played on December 11 at the Polo Grounds in New York City, with an attendance of 48,120, a then-record crowd for an NFL Championship game. 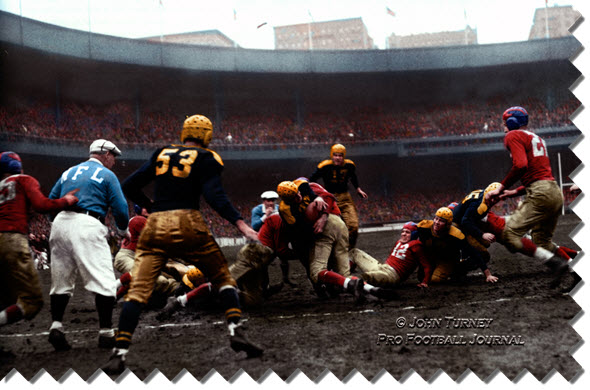 The New York Giants (9–1–1) were the defending champions and to Wisconsin to play the Western Division champion Green Bay Packers (9–2) in the Dairy Bowl (State Fair Park), West Allis, Wisconsin 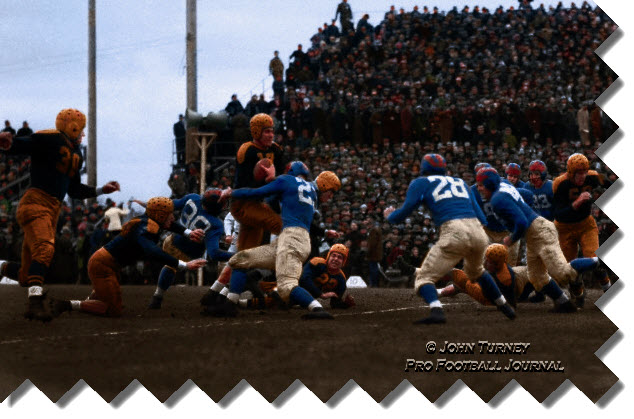