John Lynch is New 49ers GM. Didn't We Do This With Matt Millen?

LOOKING BACK and AHEAD
By John Turney 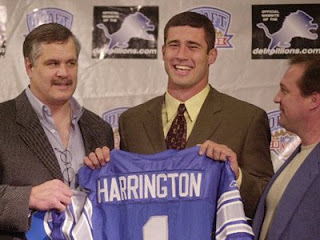 Just because something failed before does not mean it will happen again, but this does seem like déjà vu all over again as Yogi Berra was purported to have once said.

Millen and Lynch were fine football players and also excellent television color analysts (Millen was especially talented in that job). But that seems like the extent of their qualifications as General Managers for an NFL team. John Elway, for example, had some experience and familiarity with the job with an Arena team

Neither has worked in a front office, scouted, managed scouting teams, made trades or any of the other hundreds of things a GM has to do.

Millen, by all accounts failed. Lynch, time will tell. But the zero for one should be a cautionary tale for the 49ers, no?