Hall of Fame Predictions: The Cornerback 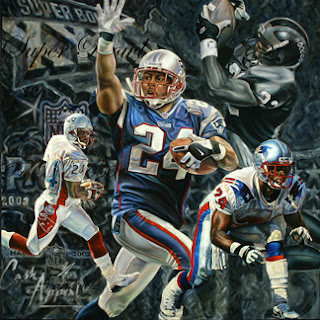 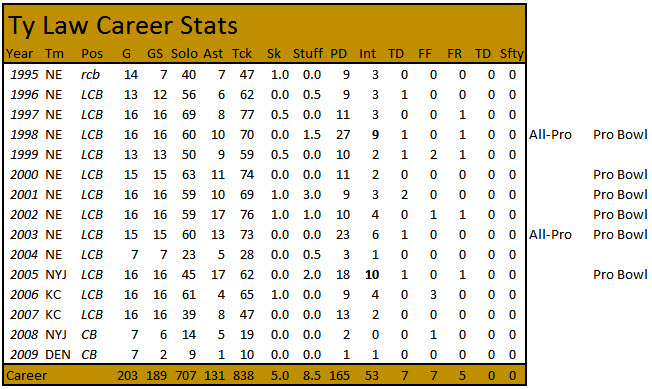 The Hype: Pro Football Hall of Fame Second-team All-2000s Team, and a two-time First-team All-pro and a 5-time Pro Bowler. He led the NFL in interceptions twice. He also was terrific in the playoffs and has 3 Super Bowl rings, though he was hurt for most of 2004. Among the metrics of the day, Law usually was among the leaders in lowest passer rating against, a stat that attempts to individualize passing stats that a cornerback allows.

The Knock: It could be said he was not All-Pro all that often (twice), and 5 Pro Bowls is somewhat less than, say, Aeneas Williams, so on the "honors" scale he may be a bit below other inducted corners.

The Prediction:  Law will likely get eliminated in to vote to the Final 10. He's new to the Final 15 and perhaps lesser known among some. Even though he had a great career, he's still a "sleeper" if you will. We think he will eventually get in, just not this year.
Posted by John Turney at 10:48 AM