Sacking the Quarterback and Stopping the Run 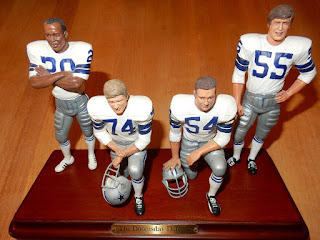 Team sacks became an official statistic in 1963, the brainchild of Seymour Seywoff of Elias Sports Bureau. The following chart shows which team led NFL of four-year intervals since then. The right side shows the team that allowed the fewest rushing yards over the same interval.

The highlighted teams are the ones who led (or tied) in both in the same time frame.

In the mid-to-late 1960s and early 1970s the Cowboys did the best job at both, then the mid-1970s it was the Rams. Buddy Ryan's 46 defense did the job in the 1980s and then with the Eagles a couple of years later. The Blitzburgh defense pulled off the feat in the mid-1990s. The steelers did it again from 2008-11, though they were matched in sacks by the Eagles. Then the Broncos did it though lat year, but their failure to stop the run cost them the double title for the term that just ended. 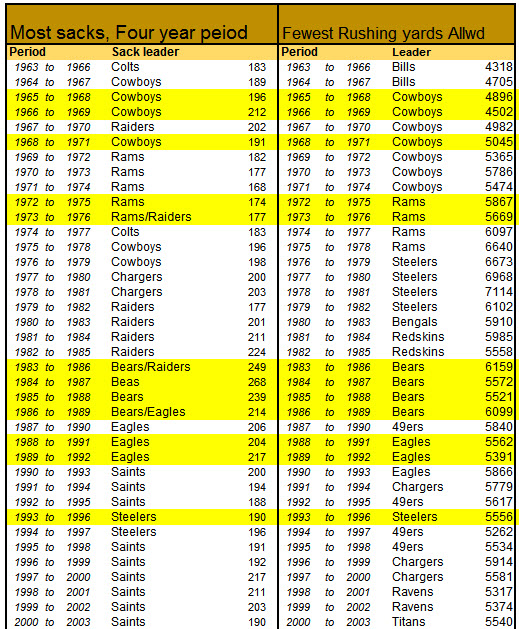 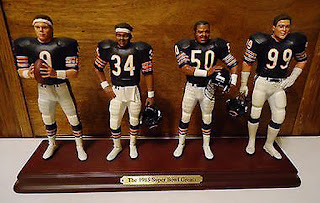