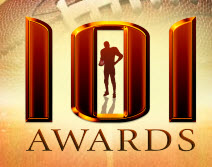 Beginning in 1969 the 101 Awards have been, in our view, a fine addition to the annual NFL awards season. They chose, that first year, Players of the Year for both the NFL and AFL and the following year they chose for the AFC and NFC and have done so ever since.

The AP, PFWA, and most others chose awards for the entire NFL, not by conference so the 101 Awards allowed recognition for more player who had excellent seasons. So, to us, in the universe of NFL awards there is still a place for awards like this, especially for Hall of Fame voters who can give these awards weight when making very difficult decisions when they have to separate worthy candidates, and while being an AFC Player of the Year may not carry as much weight as an NFL Player of the Year it still has value when trying to order HOF candidates.

Today, the 101 Awards Selection Committee announced the winners for the 47th annual NFL 101 Awards. They are:

The awards will be presented at a black-tie awards dinner in Kansas City and will be broadcast on NFL Network.

You can see past winners by clicking HERE or scrolling down. 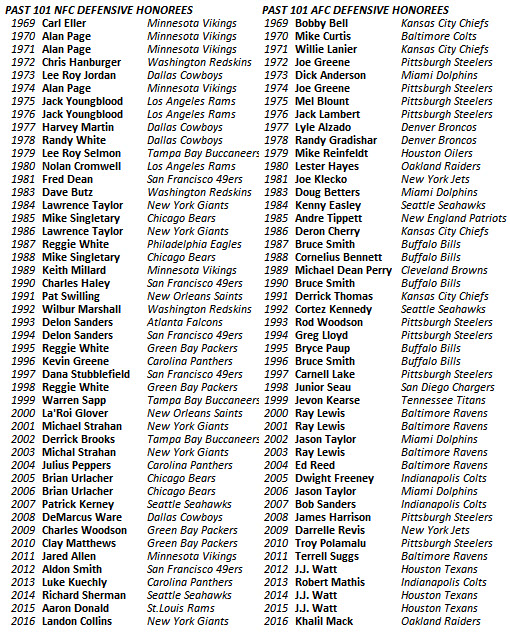 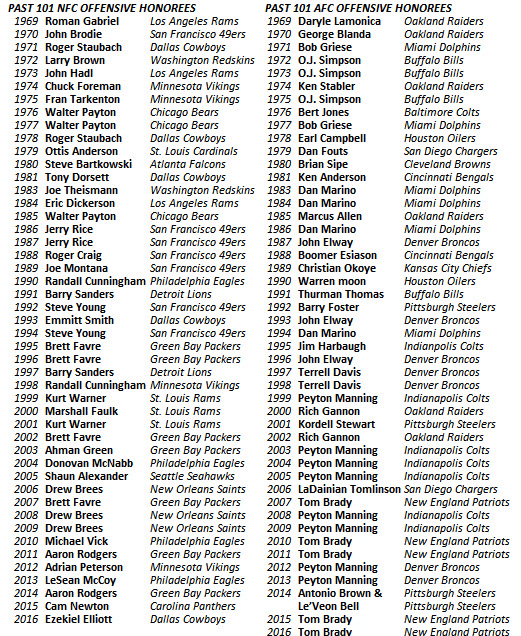 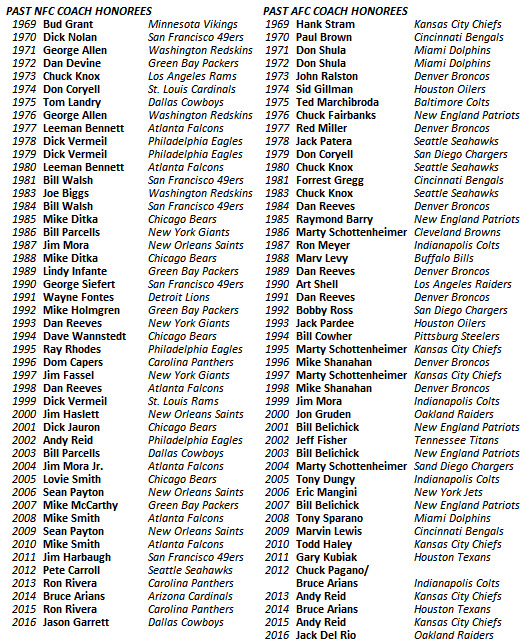