Most of the NFL's best ever performances, as a league, have occurred in the past two seasons. This year, NFL passers eclipsed the marks for completion percentage (just barely) and lowest interception percentage. Overall passer rating fell by one point after establishing a new high in 2015.

Also, passers were sacked at a rate of 5.76%, the lowest since sacks were added as a statistic (previously only yardage was recorded). Clearly, protecting the ball through quicker, shorter passes was the order of the day, i.e. be accurate, don't get sacks, don't throw picks. 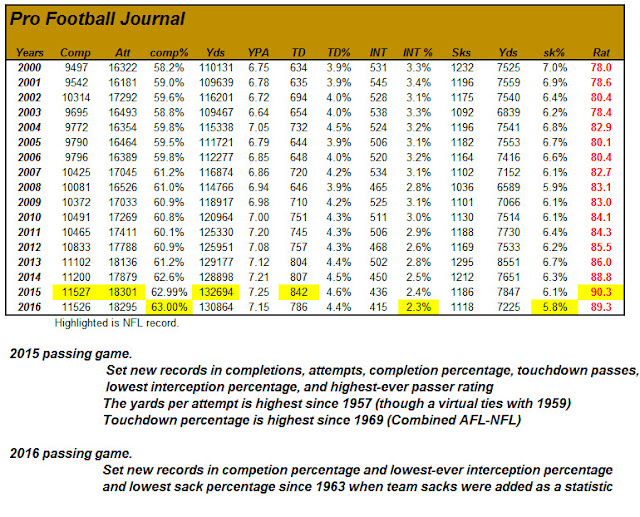