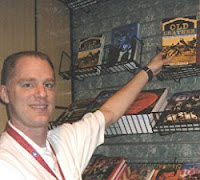 Once again, our Pro Football Journal All-Rookie team for this season is chosen by Chris Willis of NFL Films and the author of:  A Nearly Perfect Season: The Inside Story of the 1984 San Francisco 49ers, Dutch Clark: The Life of an NFL Legend and the Birth of the Detroit Lions, The Man Who Built the National Football League: Joe F. Carr, Old Leather: An Oral History of Early Pro Football in Ohio, 1920-1935, and other volumes including 2016's Walter Lingo, Jim Thorpe, and the Oorang Indians: How a Dog Kennel Owner Created the NFL's Most Famous Traveling Team

As the resident historian at NFL Films, Willis helps  all aspects of research for the company and their producers. In 2002 he was nominated for an Emmy for his work on the HBO Documentary "The Game of Their Lives: Pro Football in the 1950's." He has also been a member of the  Football Researchers Association (PFRA) since 1993.

Chris is one of the few people in this world who could pick an All-Rookie team from 1925 if we asked, (and we may) or from 1935 as well as he can from the current 2016 season. We are proud to present his selections for the All-Rookie team: 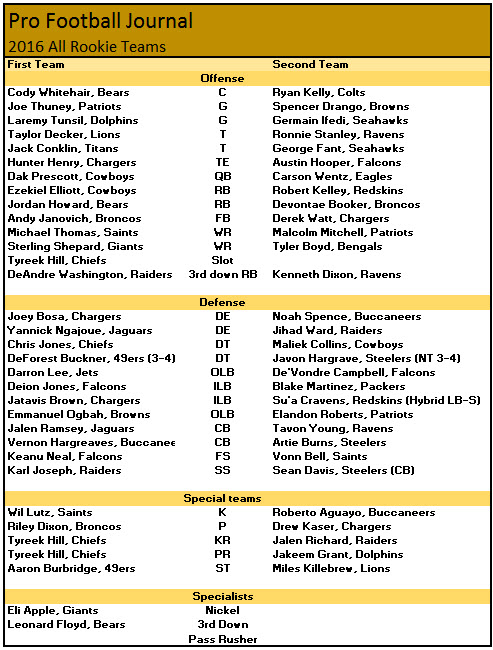