A few weeks ago we praised the Hall of Blue Ribbon Committee for their selections for the finalists for the 2002 Centennial Class for the Hall of Fame. They earned that praise we think.

Today, on the NFL Today, the CBS pre-game show Hall  President and Executive Director David Baker showed up and announced Bill Cowher is now a Hall of Famer. 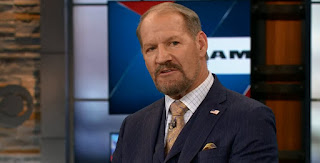 Vermeil, Holmgren, and Cowher have one Super Bowl ring each. Coryell, Parker, Johnson, Flores, and Holmgren have some claim to "innovation" if you will.

It's hard to see how Cowher leapfrogged the "Two title" coaches and the "innovators". Cowher is not known for any kind of innovation or did anything to advance the game that we are aware of. Now he was a great coach and if someone asked if he's Hall of Fame worthy, we'd say "sure". It's the jump to the front of the line that is the "swing and miss", not questioning his great career.

Yes, there are other coaches with just one title (or none) in the Hall of Fame but in general, they brought more to the table than the one title. We are not saying Cowher is unworthy, just that he didn't have the credentials that some of the others on the list had. Coaches are judged by winning and others won more. Also, coaches are praised for breaking new ground, doing something different (think Coryell), creative or innovation. Cowher didn't.

It's just odd, that's all, that he'd leapfrog the ones who had been on Final 15s previously and were losing out to players (which is a tough thing for a coach to do—to beat out a player for one of five HOF slots each year).

The Centennial Class was to ease the logjams at certain positions, to feature players, administrators, and coaches that had been overlooked for some reason had been passed over and when the finalists list was released it seemed like that was going to be accomplished.

Now we are not so sure but will remain open-minded until we see the remaining 14 selections (one more coach, three contributors, and ten players). Based on today we think Jimmy Johnson may get the pregame show announcement and we'd bet money that Paul Tagliabue is one of the three contributors. We will see.
Posted by John Turney at 5:51 PM