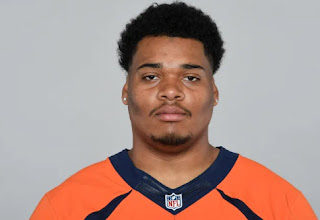 Some things just stand out on film—things one cannot help but notice. One of them for us is an exaggerated kick step by a tackle.

A couple of years ago we saw Lane Johnson introduce a huge kick-step on his pass protection, especially on 3rd and longs. He's not doing it as much, if at all, this season.

Here are a couple of screengrabs from 2017— 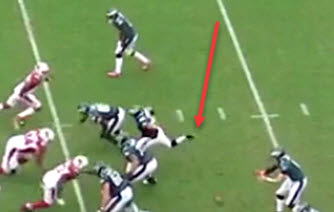 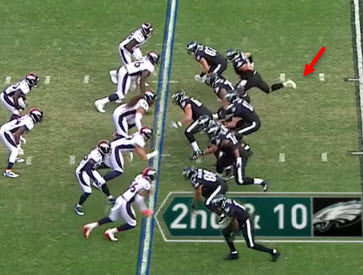 But this year we have a new champion—Elijah Wilkinson of the Broncos. Here are a couple of screenshots of his kick step: 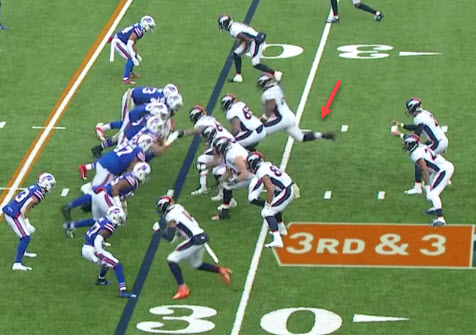 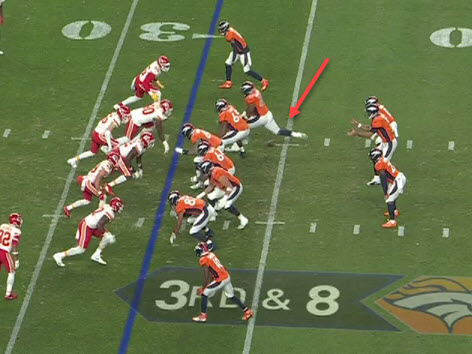 We will keep an eye out for others (and we've seen some that are perhaps close), but Wilkinson's is so obvious we couldn't miss it and we think it is the longest kick step in the NFL. So, until further notice Elijah's the man.
Posted by John Turney at 1:02 AM