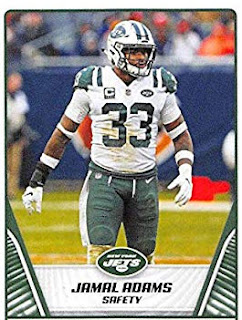 With three sacks today, and six in the last three weeks Jamal Adams of the Jets has six sacks on the 2019 season in ten games. The official record (since 1982) is eight. He seems sure to break the record if he keeps up his current pace. In fact, he has a shot at double-digits.

All he needs is three more sacks in the next six game to set the record and four for double-digits. 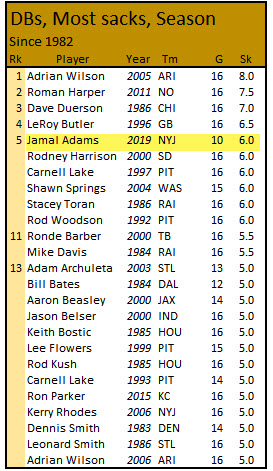 Now, be aware, there are a couple of anomalies on this list. Bill Bates and Rod Kush were listed at safeties but in the seasons in question they mostly played linebacker in nickel/dime situations. But the same is true of Adrian Wilson and others.

Also, as of today, Adams is averaging the most sacks per 16 games of anyone since sacks became official. He's good in all phases, even dominant, but he can sure get to the quarterback when tasked with that duty. 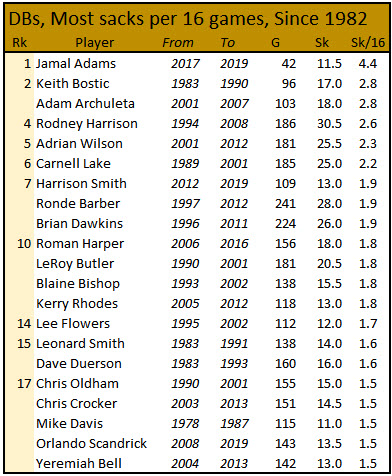