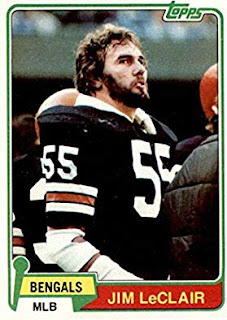 Monday we got the news that longtime NFL linebacker Jim LeClair passed away at the age of 69. Sadly, gone too soon.

LeClair was a three-year apprentice to Cincinnati Bengal All-Pro Middle linebacker Bill Bergey and then in 1975, when Bergy was sent to the Eagles for a pair of first-round picks LeClair was ready to take over the position.

When he was drafted he was a tall, thin linebacker our of the University of North Dakota. He bulked himself up from about 210 pounds to 235 and increased his strength as well. He was a steady, not spectacular type, but he was efficient, had good size for the era and ran pretty well. 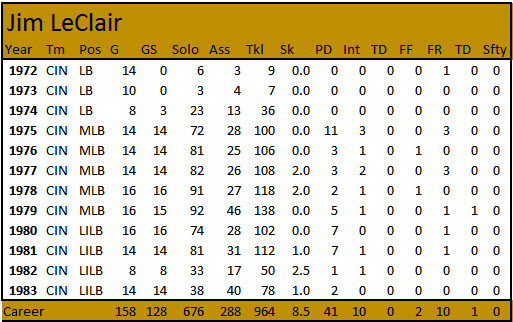