Rams Have One of Most Brutal Nights in Franchise History

LOOKING BACK
By John Turney
Ten times in Rams history (since 1940-hat tip Pro Football Reference) the Rams have allowed more rushing yards than they did tonight versus the Ravens on Monday Night Football.

Ten times in Rams history they have run for fewer yards than they did on MNF tonight. 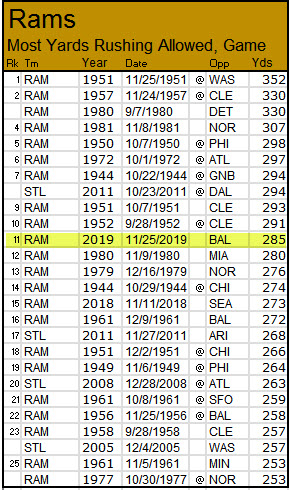 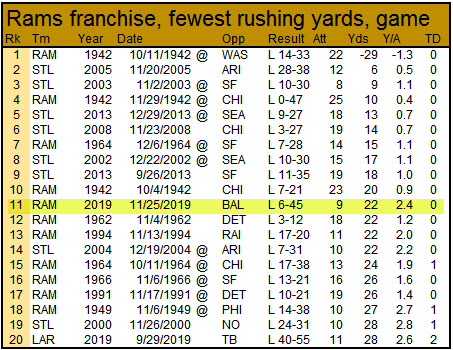 All that contributed to a 39-point loss, the worst-ever for a home game in Rams history.

Lamar Jackson likely moved into the lead in the MVP race in the game—we think it is his to lose now. He threw for 5 touchdowns and ran for 95 yards. Mark Ingram ran for 111 and one went for a touchdown.

Any team, even a good one with a good defense can have a bad night. It happens. Same with an offense. In this case they got behind and couldn't run since they were playing catchup. But to have both hit on the same night is a credit to the Ravens.