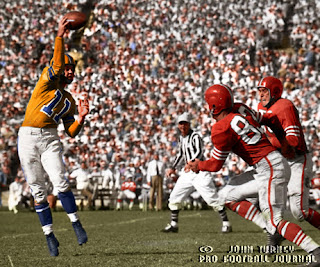 Most fans know the NFL passer rating is flawed. While there isn't a need to replace it, it's still been imperfect since the beginning. It was never meant to be a single-game statistic, though, but at some point the NFL began using it that way.

The formula was meant to even out or make the four major passing statistics "about even" according to Former Pro Football Hall of Fame executive Don Smith who headed the committee in 1972 that developed the formula.

Those categories were also given a minimum and a maximum.

For players with 15 or more passing attempts, there are current 51 performances of 158.3.

However, when one takes out the limits, the list changes significantly. So, we did that. Hat tip to Pro Football Reference.com for the inital list. We then removed the limits and listed them under "Actual" rating.

The bolded players have the 158.3 max rating. The others, have a rating of less than 158.3 but
with the limits removed they surpass many of the perfect ratings.

Here is the top 99 passer ratings for players with 15 or more attempts in a game. 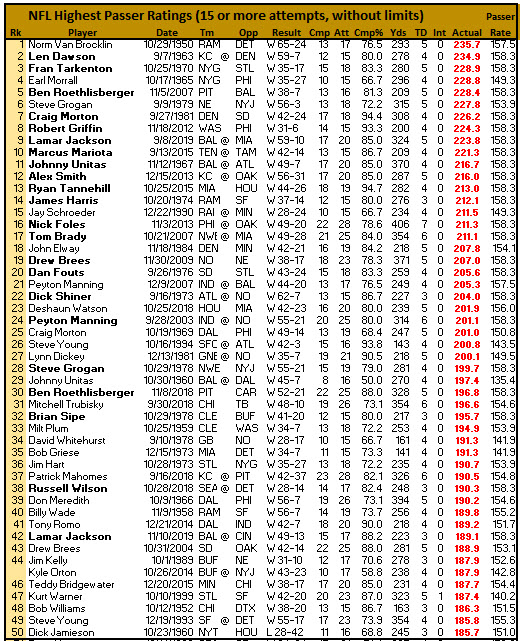 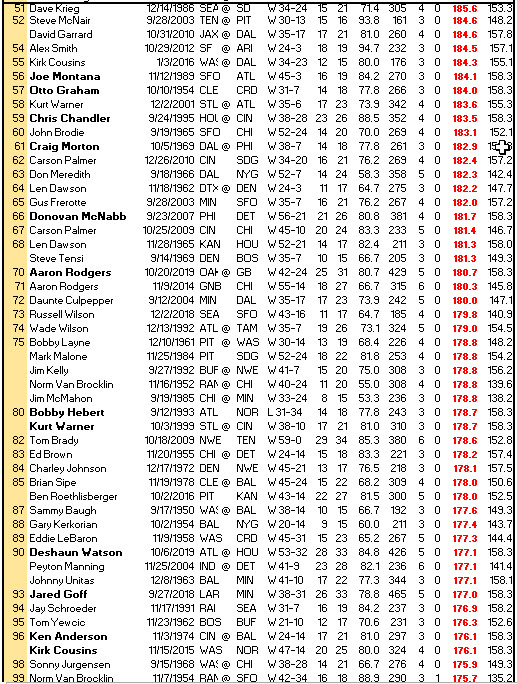