The Fourth was with the Pack in Win over Panthers 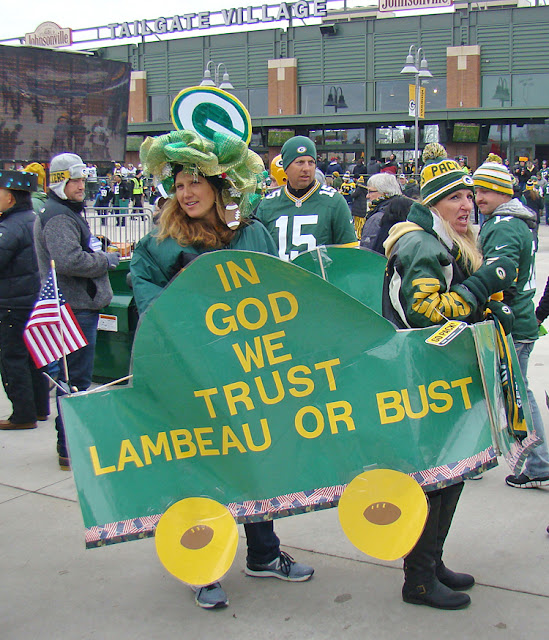 Would they or wouldn’t they?

Using every tick of game clock allotted, the Carolina Panthers plowed ahead seeking to force overtime with a touchdown and two-point conversion.

Could they or couldn’t they?

Bracing for whatever came their way, the Green Bay Packers scrambled to defend the end zone and prevent a crossover.

As the snowfall intensified at Lambeau Field Sunday evening, so, too, did the suspense. In a down-to-the-wire affair settled on the final play, outlasted 24-16 to improve to 8-2 and remain atop the NFC North Division.

Eighteen. That’s the number of plays directed at in the final 2 minutes, 25 seconds, roughly one every eight seconds.

Six. That’s the number of plays the Panthers got off from inside the Packers’ red zone in the last 32 seconds, about one every five seconds.

The slugfest came down to one final shot from the 2-yard line with four seconds to go.  Quarterback Kyle Allen tucked the ball into the chest of Christian McCaffrey then became a spectator like so many others, transfixed by the scene in front of him.

Packers linebacker Kyler Fackrell shed the block of Panthers guard Greg Van Roten and met McCaffrey at the line of scrimmage. Fackrell slid off as the running back executed a spin move. At the same time, defensive end Preston Smith, who charged in unblocked from the backside, went low and locked onto McCaffrey’s legs.

His pace slowed, McCaffrey bumped up against Van Roten. The big lineman grabbed his teammate and twisted him toward the goal as the two fell to earth.

Jarius Wright signaled touchdown. Hands in the air, the receiver then turned his head to look for a striped uniform to confirm his assessment.

No confirmation was forthcoming. On the field, McCaffrey and the Panthers were ruled to have come up short.

Finally, referee Jerome Boger flipped on his microphone. “After reviewing the play, the ruling on the field stands.”
Those who have been following the Packers for some time have been here before. One of the more memorable nail-biters occurred on Christmas Eve 1995.

Neil O’Donnell and the Steelers foisted 19 plays upon the Packers in the closing minutes of that contest. clambered to the 6 before Yancey Thigpen failed to secure a fourth-down pass that caromed off his leg.

The Green and Gold weathered that onslaught 24-19. The Packers were handed an early Christmas present.

“Good to the last drop,” proclaimed one newspaper.

While that game and the contest share similarities, an NFC Central Division title was at stake 24 years ago. Nothing of that magnitude was on the line Sunday.

The Steelers also left 11 seconds on the clock. The Panthers drained it to double zero.

Drawn-out, last-minute flourishes often reek of desperation. So, too, do fourth quarters in which a team crams in as many plays as possible.

Twelve Packers opponents have run 29 or more plays in a fourth quarter since 1960. prevailed 11 times, with only the Denver Broncos managing a 17-17 tie in 1987.

Down 24-10 and with time running out, the Panthers pushed hard in the fourth quarter. They accounted for 11 of their 26 first downs and 158 of their 401 yards in the period. Allen attempted more passes in the quarter (22) than in the other three combined (21).

Of course, had the Packers done some converting of their own, they might not have had to endure such a harrowing finish. Aaron Rodgers failed to connect with receiver Allen Lazard deep with 9:24 left, and Jimmy Graham came up three yards short on third-and-14 about six minutes later.

Having punted two times through three quarters, J.K. Scott booted twice in the last 15 minutes. To his credit, he placed both kicks inside ’s 12.

The Panthers began their final drive at the 11. They advanced 88 yards on 18 plays before time expired. 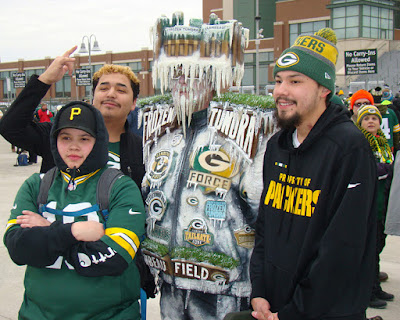 Until Sunday, no team had run out the final quarter on the Packers with a drive of that length (based on number of plays). The Vikings of 1995 owned the previous record when they reeled off 16 plays to close out their 38-21 loss at Lambeau Field.

survived then. It persevered Sunday.

It’s safe to say this Packers-Panthers’ matchup was good to the last stop.

Holding Fourth
Longest drives (based on number of plays) by Packers opponents that ran out the clock in the fourth quarter.