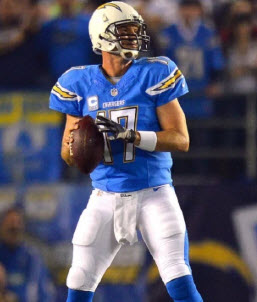 Mason Rudolph, Kyle Allen, Jameis Winston, and Philip Rivers each threw for four interceptions this week.
The last time four quarterbacks did that in the same week was December 16, 1983, which was
Week 16 of that year.

That is the complete list since the 1970 merger so you can see how rare an event it is,
especially in this era, where interceptions are around 2.5% of all attempts as opposed
to almost double that when the rest of these groups of quarterbacks threw four picks.
Posted by John Turney at 3:37 AM