Yesterday the NFL released the finalists for the NFL 100 All-Time team for the position of defensive end, defensive tackle and linebackers.

Here is the official NFL Meme for the list—
We have opined on this position before, so here we will list the All-Pro honors for those on the list and a few that we think could have been on the list. They are more or less in chronological order. 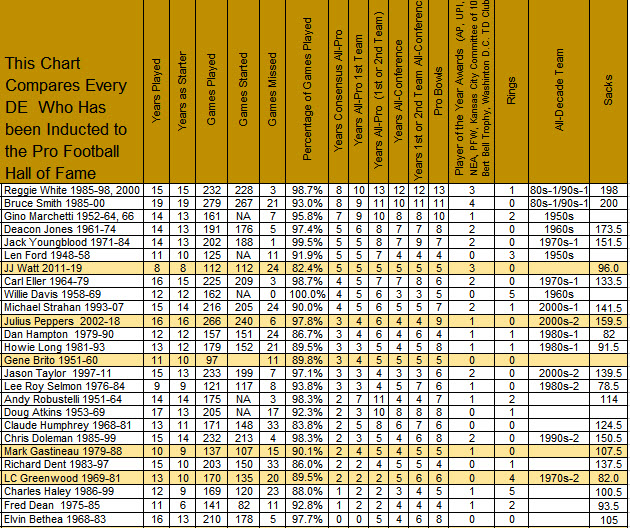 On the individual charts "bolded" represents consensus All-Pro, meaning they made the majority of ALl-pro teams that were recognized by the NFL Record and Fact Book and the Official Encyclopedia of the NFL.

An asterisk next to the year means Pro Bowl that season. 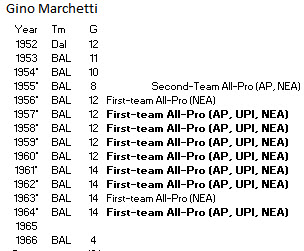 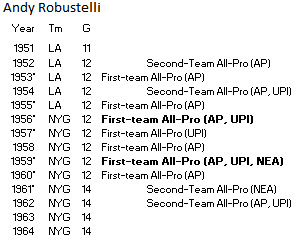 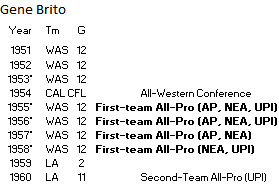 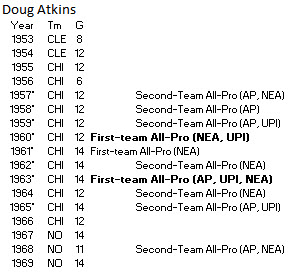 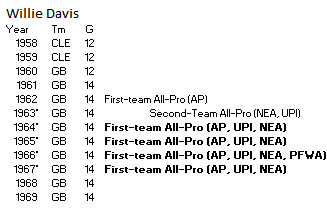 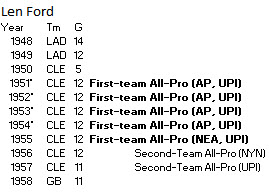 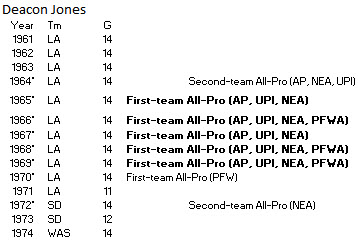 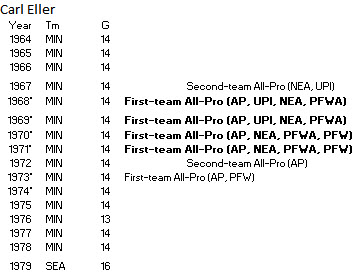 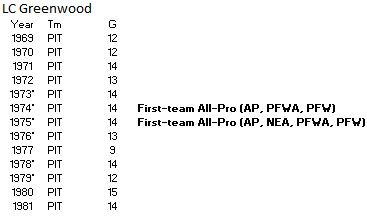 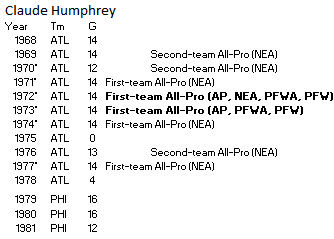 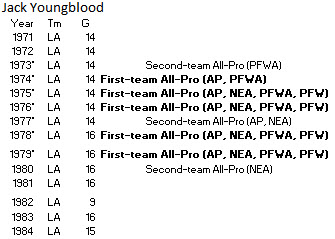 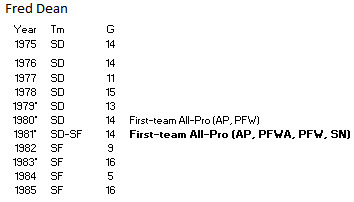 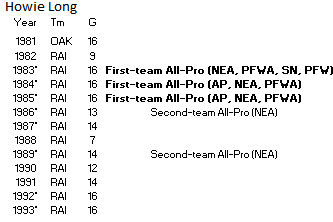 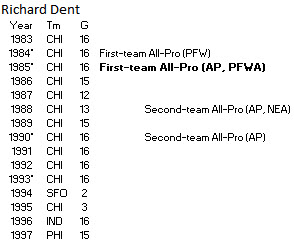 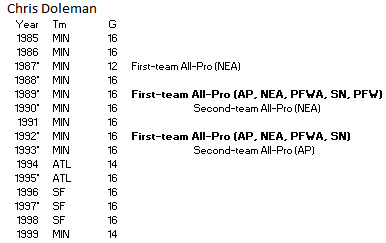 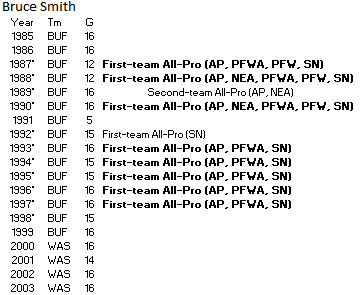 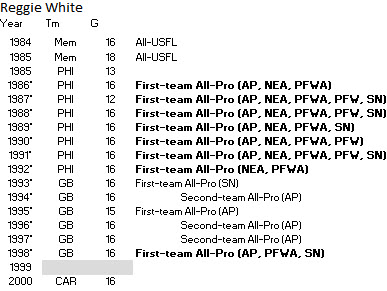 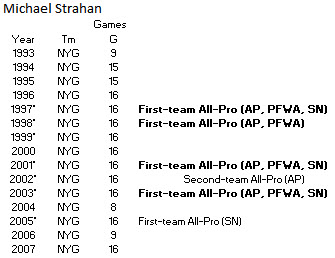 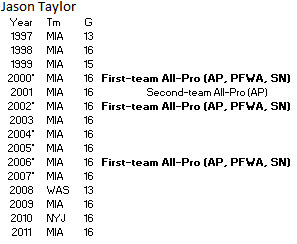 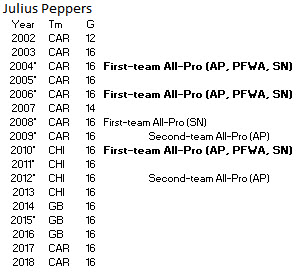