A Preview the 2010s All-Decade Team

After the upcoming season, the NFL's 100th, the Hall of Fame selection committee will pick and All-Decade team. With nine of the ten seasons in the books, we know some of the picks will be 'chalk' but others are open.

Here are some thoughts:
Offense
Center 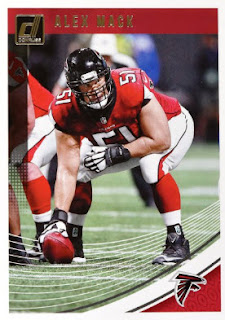 This one is wide open. Ryan Kalil, Maurkice Pouncey, Jason Kelce, and Alex Mack would be the leading candidate and like the First- and Second-team All-2010s will come from this foursome.

So, we think this is too close to predict and we need the 2019 season to be completed to see if anyone separates himself.

Here are the complete All-Pro centers since 2010— 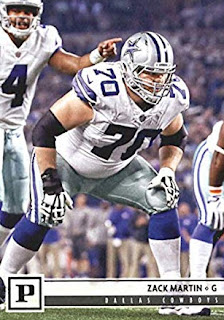 Zack Martin has been the best guard in the NFL since he entered NFL in 2014. If he has his usual year in 2019, i.e. plays well and is injury-free he will have one of the guard slots. He's been as dominant a guard as Dwight Stephenson was a center in his six NFL years.

We think  Marshal Yanda will be the other guard. He was a "blue" guard early in the 2010s then has been a highly rated player in a few of the last six years as well

On the Second-team we would suspect Jahri Evans, with what he did from 2010-14, will edge out some of the others.  David DeCastro will always get votes (all Steeler interior linemen seem to get them, whether they deserve them or now) and will likely be Second-team. 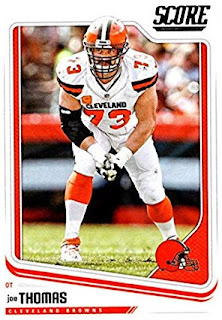 Tyron Smith will be one of the tackles and Joe Thomas will be the other. Thomas played eight seasons in the 2010s and that's plenty.

The harder picks are the Second-teamers. We could see some votes going to Trent Williams, Joe Staley, Jason Peters, Andrew Whitworth and/or Duane Brown. We'd imagine whoever has the best 2019 would be the one(s) to steal a few votes from Thomas and Smith. 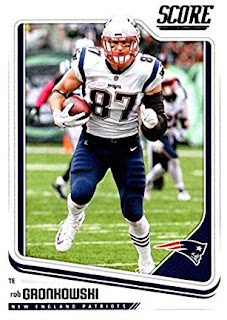 Rob Gronkowski is an easy pick here. If there is a Second-teamer then Travis Kelce (recent charge), Jimmy Graham (excellent first part of the decade) and/or Jason Witten (solid all decade) could snare a vote or two. The same may also be true of Greg Olsen. 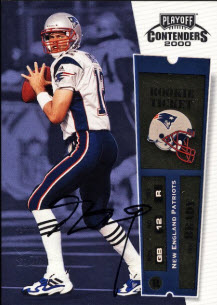 Tom Brady and his three rings have this locked up. Second-team will likely be Aaron Rodgers (1-title, 2 MVPs, decade-high 104.7 passer rating). Drew Brees could get some votes, too. 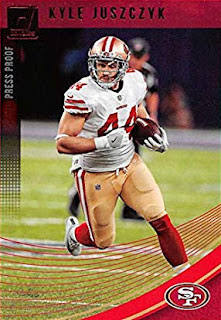 This position, added to the 2000s team, may not be represented on the 2010s team. The Hall of Fame may have a "Flex" position—which is not a position. We don't know but the silliness in these things seems to grow over time.

If there is a fullback we see Kyle Juszczyk is the likely top vote-getter likely edging Mike Tolbert but it could go the other way. Both are fine candidates.

John Kuhn, Anthony Sherman, James Develin and others would also garner some support. 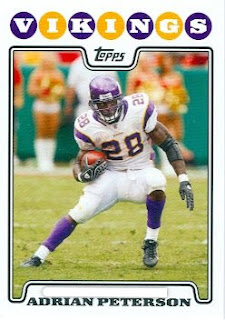 Adrian Peterson and LeSean McCoy are the backs with the highest 'peak' in the 2010s. We think they would be the leading candidates at running back.

Others who might populate the Second-teams would be from among this group:  Frank Gore, Marshawn Lynch, Matt Forte, DeMarco Murray, Chris Johnson, Jamaal Charles, et al. 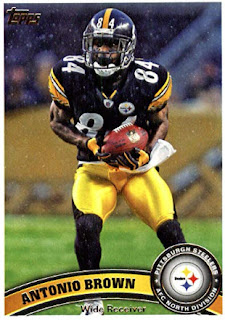 Antonio Brown and Julio Jones stand out and have already done enough to be the wide-outs.

Larry Fitzgerald, we think, will be one of the Second-teamers. A.J. Green and Demaryius Thomas would be fighting for the last slot, we think. Calvin Johnson was the best WR, but we are struggling with him playing only six years in the decade when others played longer. He's 11th in reception for the decade. But peak-wise Johnson is tops. We'll see how it shakes out as others put distance between them and Megatron in terms of numebrs 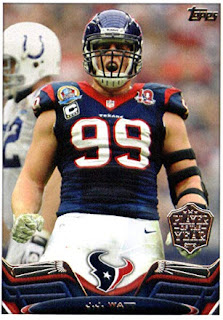 J.J. Watt has a lock on one of the First-team spots. The other? Hard to know.

It could be Calais Campbell, Cameron Jordan, Julius Peppers, Cameron Wake, Chandler Jones (played some rush backer), or even Michael Bennett will get support. Jordan is at the top of his game and with Watt hurt recently he's been (in our view) the best DE over the last three seasons, though Campbell is close. 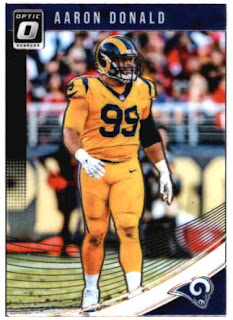 Aaron Donald, with two Defensive Player of the Year Awards will take one spot.

Like defensive end, the rest of the votes will be scattered among Ndamukong Suh, Geno Atkins, Fletcher Cox, Gerald McCoy, and perhaps Haloti Ngata. We would vote for Donald at three-technique and Damon Harrison at shade tackle. But we doubt any other voters will recognize a run stuffer. They will go for the sack guys like Suh or Atkins, etc. 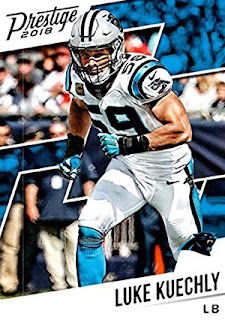 Like always the HOF will let voters pick the top three linebackers, regardless of position. And that means the 2010s linebackers will be Luke Kuechly, Bobby Wagner, and Von Miller. Two middle linebackers and one rush backer. The Second-team will likely be Khalil Mack and maybe NaVorro Bowman and then likely another rushbacker like Justin Houston or someone like him.

The guy who will get screwed will be Lavonte David. He has the most run stuffs of any outside linebacker and can rush the passer, but usually got overlooked for postseason honors. 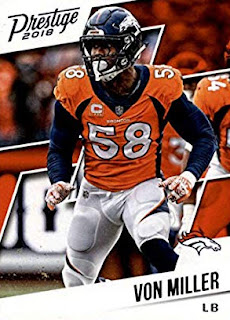 Second-team would be Middle—Wagner, Outside—Sean Lee (played some middle) or Thomas Davis, Rush—Mack or Terrell Suggs) would need to see the 2019 seasons of each). 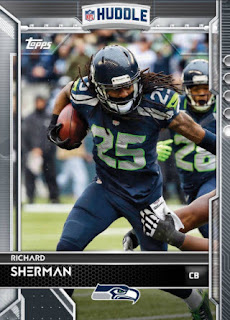 Richard Sherman's fine 2018 locked this slot up in our view. Patrick Peterson's recent issues could raise some doubts, otherwise, we'd say he'd have been one of the two First-teamers. Darrelle Revis (tailed off at the end), Aqib Talib, Chris Harris have shots. Peak value would be Revis but his decade's prowess is front-loaded from 2010-15. Stephon Gilmore, with a career-year in 2019 could leap up to the top four. 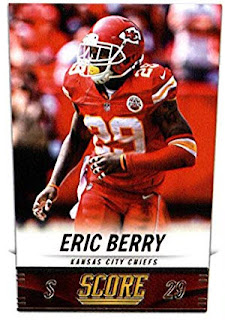 Earl Thomas and Eric Weddle will likely be First-team, Thomas for sure. Eric Berry's peak is a clear top-two but he's only had five relatively injury free seasons. When well, he's Hell. If voters see the five seasons (six if 2019 is solid) as enough, he should be First-team. Harrison Smith should be one of the top four as well.

The selection committee doesn't separate strong and free safeties, so it's not a question of that. We'd like them to do that but in this decade there have been more 'twin safeties' in terms of assignments. So once again, we'll see how it shakes out in the voting next February. 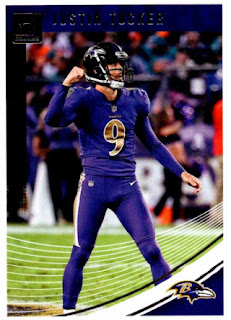 Justin Tucker is the top kicker. Stephen Gostkowski and Adam Vinatieri will get some votes but Matt Bryant and Robbie Gould have had better decades. However, hopefully, voters will consider distance, onsides, kickoffs, and conditions (dome, etc.) All things considered, Tucker is the best ever at this juncture and should be First-team. For Second-team there could be a good case for several kickers. 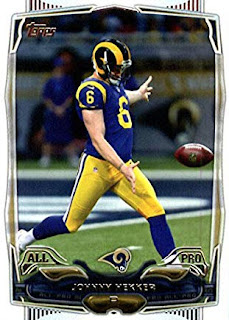 Johnny Hekker is the best. Andy Lee and Shane Lechler will get support by voters who may not look too closely at the metrics. But even though he has the "dome advantage" the second-best punter of the decade is Thomas Morstead. After that, you could pick anyone one of three-four others and not be wrong. 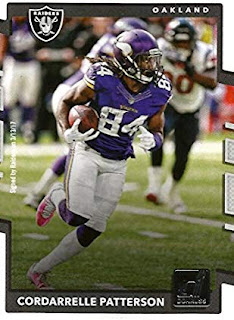 Cordarrelle Patterson is the clear choice for First-team. Jacoby Jones probably had the second-best decade, going by touchdowns, average and 'honors'. 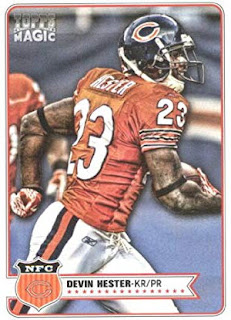 Devin Hester played seven seasons in the 2010s and that's enough to qualify. He had seven TDs and the best average per punt return in the decade.

Tyreek Hill is pretty amazing but has off-field issues. So absent him, Marcus Sherels and Darren Sproles may get a vote or two, enough to secure a Second-team slot. 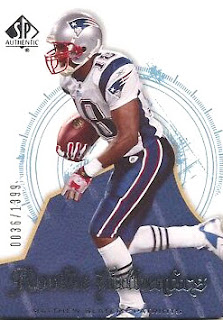 The HOF has never added this position to their All-Decade teams just in case they do we'd go with Matthew Slater first and then Justin Bethel. Michael Thomas would get consideration, too. 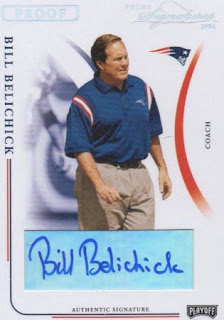 Bill Belichick will again be the coach (he was the 2000s coach). His backup? Pete Carroll? Andy Reid? If someone who has had a good decade so far wins a ring gets to the big game it would help his case. That might include Mike Tomlin or John Harbaugh or Sean Payton or even Mike McCarthy.

I think right now we'd say Carroll but we could be wrong and don't really care that much about the coach.