We consulted Chris Willis of NFL Films to make the selections. 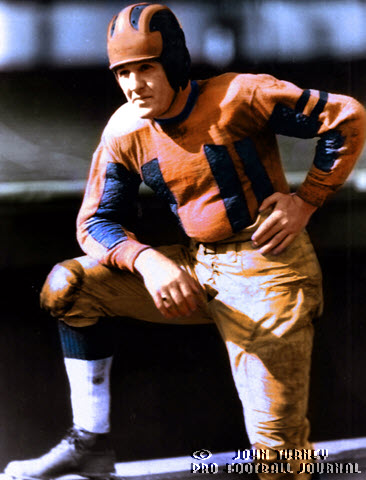 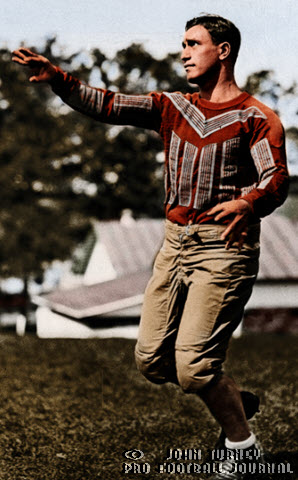 Grange was someone who put the NFL on the map and was a big enough star that he essentially started his own league.

Friedman was the first great passer and the first, according to researchers, to throw at least 20 touchdown passes in a season. 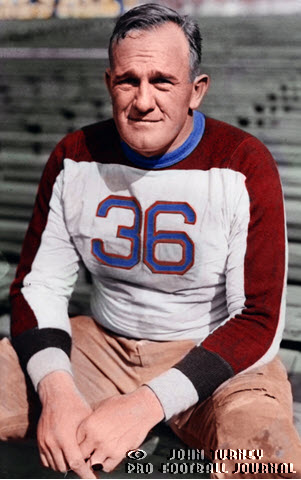 Hubbard was a tackle and end on defense (and was a great blocker on offense). He was a six-time All-Pro and member of the Pro Football Hall of Fame team All-1920s Team. He was on four NFL championships teams and is a Hall of Famer. 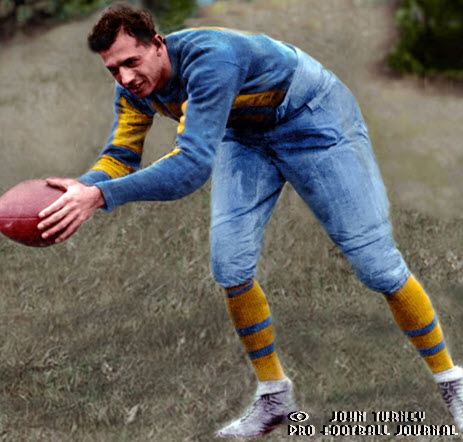 Lewellen was a four-time All-Pro and a three-time NFL champion. If we had a chance, we'd put him in the Hall of Fame. 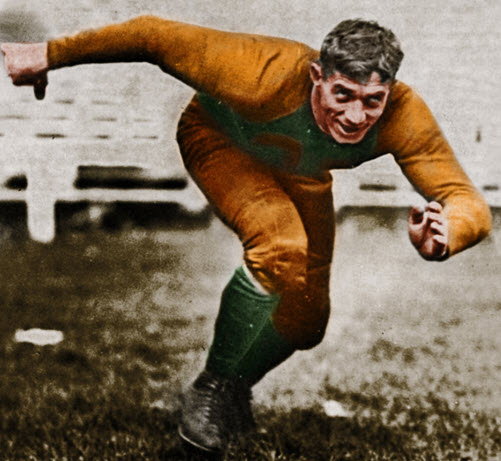 Michalske was a member of the Pro Football Hall of Fame team All-1920s Team (though we think that's a bit dubious since he only played three seasons in that decade. but he firsts perfectly into the 1925-35 period. He was a five-time All-Pro and a member of three championship teams in his 11-year career. He's also a Hall of Famer