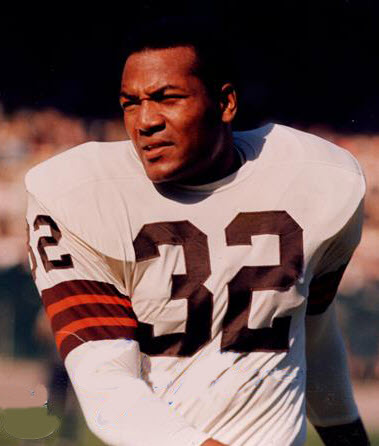 Brown was a multiple MVP/POY (1957, 58, 63 and 65) winner, a Rookie of the Year, an eight-time All-Pro, won a championship and many other accomplishments including statistical achievements from 1955-65. There was no other choice for the best player for this period as he beats out Unitas who had an amazing 1955-65 period. 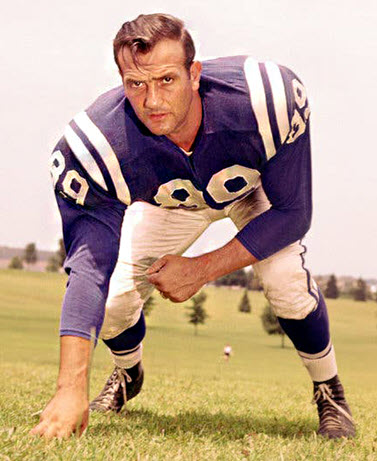 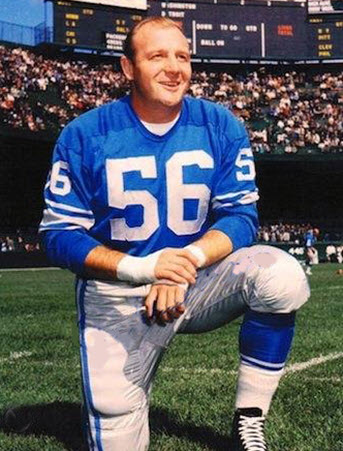 Marchetti and Schmidt were too close to separate. They both won titles, were Linemen of the Year winners and many time All-Pros in this mid-Decade period.

Both are on the "Mr. Rushmore" for their positions. Marchetti with Deacon Jones, Reggie White, and Bruce Smith. Schmidt with Dick Butkus, Ray Lewis, and Jack Lambert.

So, maybe it is a cop-out, but when players for an award come down to a coin flip, we tie them and honor both. 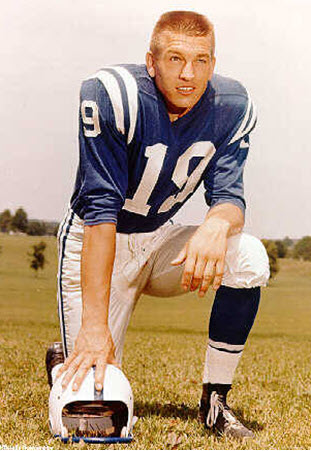 Unitas was a clear second to Brown for this mid-decade. He was a three MVP awards (1957, 59, and 64) and won a pair of championships and was in his prime by the end of this mid-decade.

Unitas' teammate Jim Parker is an honorable mention behind Unitas. 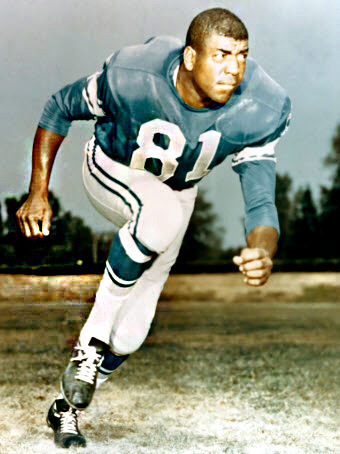 Bill George is a very close honorable mention behind Lane. He had Defensive Player of the Year-quality seasons in 1961 and 1963 and maybe even others.