Offensive and Defensive Linemen of the Decades

Recently we did a series of posts detailing who we think were the top players in each decade and each mid-decade (beginning and ending in the middle of a decade). They can be found HERE.

Now, and we know you were dying to see them, we present the top linemen of the decades. We start with the offensive linemen and then add separate defensive linemen as the historical record becomes clear enough with the available film and the literature of the day,  et al.

Here are our offensive line picks: 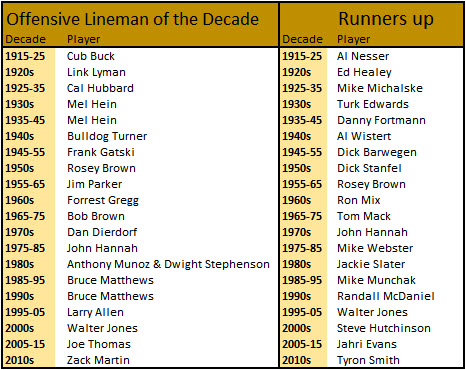 Duke Slater and George Trafton are honorable mentions for the 1920s. It was close but all were solid. We are hoping Slater will be able to be elected to the Hall of Fame next year in the newly announced "Centennial Class" which should bring into the Hall many players who have been overlooked.
Ox Emerson deserves an honorable mention for the 1930s he was a top, if not the top blocker on a line that set rushing records that lasted until the 1970s. Like Slater, we are hoping the voters for the "Centennial Class" look his way. Hein and Turk Edwards were the top two linemen in our view.
Mel Hein is the top blocker for two time frames and Danny Fortmann and Al Wistert are his runners up.
Rosey Brown was easy for the 1950s and Dick Stanfel was second, edging teammate Lou Creekmur who is an honorable mention. There were other good ones but Brown stands out in our view.
Rosey Brown backups up Jim Parker for 1955-65 and Forrest Gregg and Ron Mix take to the slots for the sixties.
Jim Otto is an honorable mention for the 1960s. For 1965 to 1975 we had a lot of contenders. Jim Tyrer and Gene Hickerson and Gene Upshaw get honorable mentions.

Hannah edged Joe DeLamielleure and Yary, Shell, Langer and others in the 1970s. It was a very competitive decade. Doug Wilkerson and Ed White get honorable mentions for 1975-85.

Munoz and Stephenson just dominate the 1980s. Stephenson has a slightly higher "peak" but Munoz was healthier and kept his ranks high the whole decade. Finding a runner up was difficult but with Jackie Slater having an amazing year in 1980 and then being the NFC Offensive Lineman of the Year in 1983, 1986, 1987, and 1989 help him take the nod over Mike Kenn and Joe Jacoby.
Gary Zimmerman is an honorable mention behind the two Oilers from 1985-95. Larry Allen, who was close to being the runner-up in the 1990s is a runner-up because McDaniel played longer and at a high level, though Allen's peak was higher. 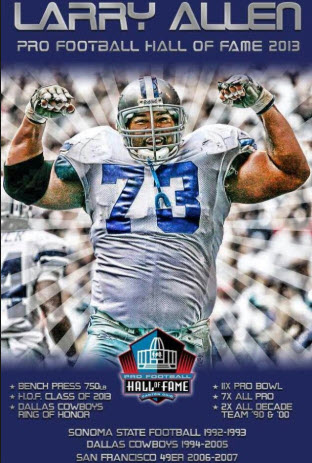 Zach Martin has been in our top 5 every year since 2014 and has been #1 a couple of times and top 3 other years. Smith has had some great years but has been nagged by injuries in a couple of others so the inconsistency put him at the runner-up spot. Marshal Yanda is an honorable mention.

Here are the defensive line picks: 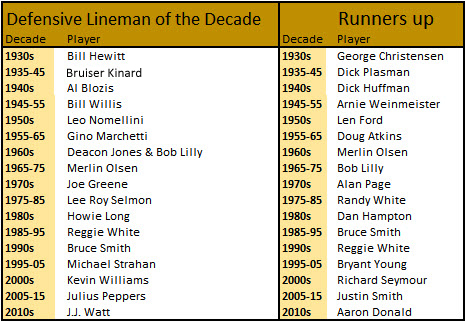 Hewitt was known for his defense as much as offense in his career. "Tarzan" Christensen was part of the good Lions offenses and defenses of the 1930s.
Bruiser Kinard was a great Hall of Fame two-way tackle who takes our top slot for 1935-45. Paul Zimmerman thought Dick Plasman was worthy of the Hall of Fame. "Dick Plasman, 6'4", 220 pounds, helmetless, ferocious on his blocks, a great pass rusher and a receiver, too. The guy was terrific, a force out there, and then I remembered that Plasman was the last guy to play without a helmet", wrote Zim.  Jim Poole was a fine two-way end and was received post-season honors in four seasons and missed three seasons due to WWII.
For the 1940s we depart for form and pick someone who only had three seasons of service in the 1940s. Al Blozis was better than anyone we've seen on film in that era. And since we picked a short-career guy for the top slot we are going with Dick Huffman as the runner up. He also has a short career in the 1940s and then went to Canada. So, the 1940s were our "cop out" decade but we picked the two best linemen of the period.
We also give Al Wistert an honorable mention for the 1940s. George Allen called him "one of the first great pass rushers". He was quick and used his hands and if we'd gone with longevity over peak, he likely would be one of the top two defensive linemen of the 1940s (he was already the runner-up as an offensive lineman).
From 1945-55 not only did Bill Willis and Arnie Weinmeister had tons of honors they were the best two players on film that we've seen. Weinmeister, as we've written before, was listed as a tackle and we usually follow suit, but he was more technically a defensive end, or at least that is what he'd be called in today's verbiage. Ed Sprinkle gets an honorable mention for that period.

From 1955-65 two Giant ends Jim Katcavage and Andy Robustelli deserve honorable mention as does Big Daddy Lipscomb. Lipscomb, when motivated could be great but too often, especially early in his career could loaf and it shows on film.

Of course, the top two linemen are Marchetti and Doug Atkins who was just coming into his own around 1957.

The AFL's Tom Sestak is an honorable mention for the 1960s. Knee injuries dogged him into an early retirement but at his peak he was great. Willie Davis, Doug Atkins, and Alex Karras would also merit mention in the sixties.

But the top players—Deacon Jones and Bob Lilly were simply a cut above. And Merlin Olsen was the closest to them.
From 1965-75 Olsen was the top defensive lineman, making Pro Bowls (and deserved them) through 1975. Lilly tailed off in 1973 and 1974 as he was taken out on passing downs. Lilly told us "I don't know why. I was a better pass rusher than run player at that stage of my career". But Tom Landry thought different and was bringing in "wave" rushers Harvey Martin, Bill Gregory and Ed Jones for the starters in that era.

Carl Eller, whose "decade" would be 1966-75 make him an honorable mention in that time frame. He got some sort of postseason honors every year from in that decade and had good years in 1976 and 1977, too.

Jack Youngblood was the top defensive end of the 1970s but Greene and Page edged him out for the top two slots. Like Eller, Youngblood's excellence continued past his "decade". Youngblood was top notch in 1980-81 an then in a 3-4 defense he was a top 10 DE in 1983 and 1984.

We are going to give  Fred Dean an honorable mention for 1975-85. He was a very good end with the Chargers and played All-Pro-type football from 1977-80 with them, then in 1981 he was the NFC Defensive Player of the Year as a designated rusher and he also had a big year in 1983 in that role. 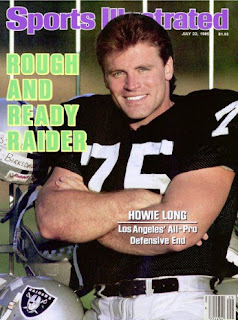 In the 1980s Fred Smerlas, Mark Gastineau and Joe Klecko all are honorable mentions. Smerlas had played more games, started more games, made All-Pro and the Pro Bowl more than any pure 3-4 nose tackle ever. He was the prototype of the position for years. He was great in the early 1980s and then ended excellent as well. 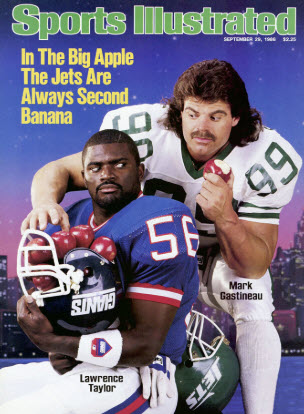 Gastineau caught lots of criticism (deservedly so) for his lack of ability (desire) to play the run but he was a five-time All-Pro and led the decade in sacks with 105½. Klecko was All-Pro as a defensive end in 1981 and was All-Pro in 1985 as a nose tackle. He was not All-Pro as a defensive tackle but he was a Pro Bowler at that spot. However, due to injuries he missed a lot of time and was up and down in other years.