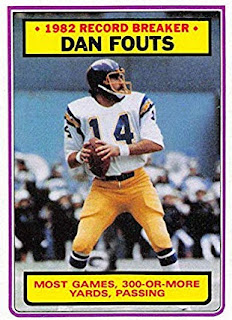 There were numerous changes in the 1970s that opened up the passing game. NFL rule makers eliminated the head slap, offensive linemen could extend their arms more liberally, holding calls got reduced from 15 to 10 yards. In 1978 the offensive linemen could extend their arms and keep them there, and defenders could only bump receivers once and on within five yards on the line of scrimmage. 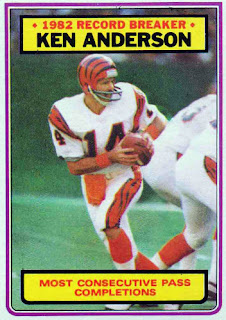 That is just a list of the major rule changes. The goal was the make the game more exciting for fans by making it easier to pass. 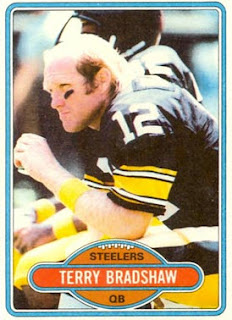 And it worked. Passing increased. 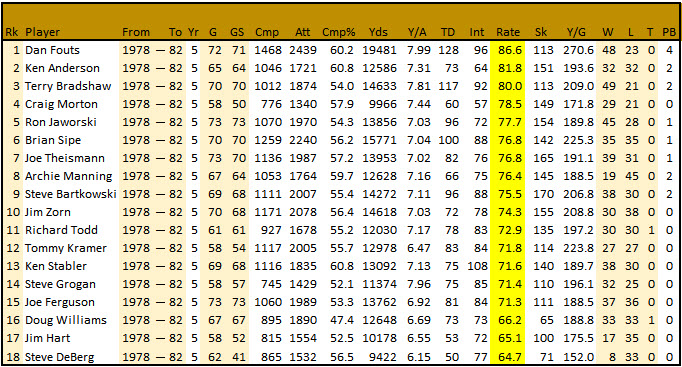 Dan Fouts and Air Coryell were the ones most ready to exploit the new rules. He threw for 19,481 yards and 128 toucdowns. Terry Bradshaw was next with 117 touchdowns (and he was 49-21 as a starter, one game ahead of Fouts). 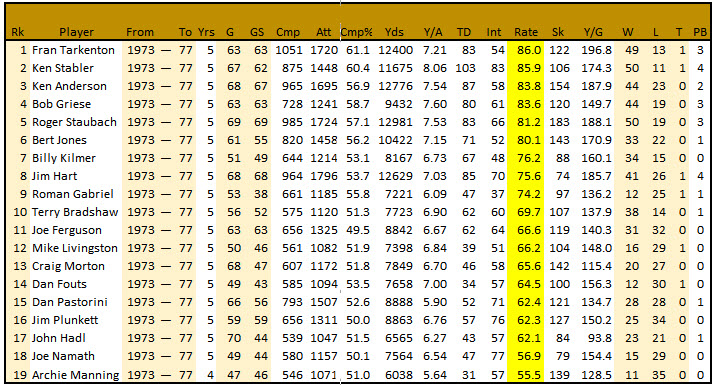 Tarkenton's 196.8 yards passing per game would be eight in the next five years.