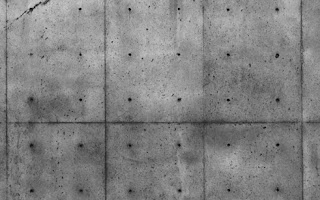 Troup on the 1957 Colts:
Baltimore won their first and last game of '56, but in-between went 3-7. The offense continued to improve, thus the defense is the culprit in the struggles of the Colts in '56, though some of the "pieces" to the puzzle are in place. Joe Campanella is replaced full-time by Jack Patera in 1957 and he is much improved as a full-time 4-3 middle linebacker in plugging inside gaps against the run.

Rookie Don Shinnick wins the right outside linebacker job, and is outstanding in pursuit and tackling; a very bright future for this youngster. Since Bill Pellington breaks his arm he is replaced at left linebacker by Doug Eggers. He is serviceable, yet by no means a quality defender.

Rookie Andy Nelson is a dramatic improvement over Jesse Thomas at left safety as both a pass defender and a run defender. "Bones" Nelson may be lean, but his inexperience is not an issue as he hustles with proper angles, and is a fine open field tackler. Bert Rechichar is still a savage aggressive hitter/tackler at right safety. Since the perimeter is improved; what about the D-line?
Gino Marchetti demonstrated in '56 his ability to close down inside running lanes, and now in '57 becomes a strong factor defending the sweeps his side. He is fast becoming the premier left defensive end in football. Art Donovan is at his peak in '57. He closes down the trap, and no one can consistently drive block him out of the way. Don Joyce is strong at the point of attack at right defensive end due to his size and strength. Eugene Lipscomb improved during '56, but he still is replaced many times due to his very poor technique.
The '57 season is his coming out party; as the "Big Daddy" becomes the BIG DADDY! He is improved at shedding blocks, and though he had always hustled in pursuit----this year he takes better angles, and if there was a vote, he might have been the most improved player in the league. Film study shows him as a dominant performer who just needs polish and more experience. The first six games of '57 Baltimore allowed 340 rushing yards on 167 attempts, and though their record stood at 3-3 there is no doubt they are a factor in the western conference race.
The second half of the year the Colts allow 834 yards on 208 attempts. Rick Casares had a season for the ages in '56, and has had outstanding performances against Baltimore in the past, but on October 5th he gains just 19 yards on 12 carries in the Colt victory. Rookie wunderkind Willie Galimore gains just 9 yards on his 3 carries. Though Casares & Galimore combine to gain 123 yards on 34 carries in the Wrigley Field rematch, the Colts again are victorious.

The young Colts have shown the Bears they are a team to reckon with defensively. Film study does show the weak link in the armor in the rematch loss with Detroit. The Lions gain 178 yards on sweeps, traps, and counter plays in knocking off the Colts to stay in the race.

Baltimore in '56 allowed 1,916 yards rushing, but in '57 they stonewall the opposition as they allow just 1,174; an improvement of 742 yards. They cut the yards per rush from 4.3 to an amazing 3.1 per carry. The Colts are now serious contenders.

Turney on the 1964 Dallas Cowboys.
In 1962 Bob Lilly went to the Pro Bowl as a left defensive end. In the mid-1990s Bob Lilly told us "To this day I couldn't tell you why". At the same time, Tom Landry told us "You could see his first couple of years Bob was kind of spinning his wheels outside".  And 1963 was when the change came.

At the beginning of the year, the Dallas ends were Lilly and George Andrie and the tackles were Guy Reese and John Meyers. The linebackers were Chuck Howley, Jerry Tubbs, and Dave Edwards.
And in the early part of the season, they all got roughed up on allowing over 230 yards rushing in the first two games and nut tons better after that. After going 1-6 Tom Landry benched his starting tackles and moved Bob Lilly to right tackle. Landry also swapped his safeties with Mike Gaechter moving to the right and Livingston the left.

The team improved marginally but overall for the year gave up 2,094 yards rushing and a 4.6 average and 12 rushing touchdowns. In 1964 they cut 590 yards off to 1,504 and the average carry went down to 3.4 and they cut the touchdowns in half.

How? The flex defense.

The flex is a coordinated "hold" or "read" defense as opposed to a Geroge Allen "attack defense". The Cowboys had a "penetrating defense" and a "blitzing defense" but used them when appropriate, passing downs or when they thought they needed it.

Landry wanted his defense to be disciplined and made sure every gap was filled, i.e. 'gap sound' defense. So, in 1964, with Lilly at right tackle and a full Summer camp to work on it, Dallas unveiled it. It wasn't an every down thing, however. Dick Nolan was still calling it a 'change-up' defense, but when the tight end was right (as it often was in those days) and the Cowboys called "Flex weak" it put Lilly off the line a yard and gave him a better pursuit angle for one thing, and it prevented what Landry called a "do-dad" block.
The do-dad where the guard would hit Lilly then release to a backer and another lineman (depending on play) would block Lilly. So, double teams on Lilly were reduced and he was freer to flow to the ball. And he did.

On passing downs, the Cowboys would use more tradition 4-3 alignments to rush the passer (attack or blitz packages).

Had there been a Defensive Player of the Year Award at the time, Lilly would have surely won it. (And don't call him Shirley). He had at 16 tackles for loss and seven sacks and was a dominating player reading when needed and when a penetrative defense was called, he was unblockable. Any film you see of the Dallas defense in 1964 Lilly will flash nearly every play.
Another change from 1963 to '64 was Lee Roy Jordan starting at Wanda (Will in most schemes' nomenclature) rather than Dave Edwards. Howley remained at Sara (Sam) and Tubbs excelled at Meg (Mike).

There were some changes in other personnel but the main reason for this improvement was the new scheme (the flex) and the perfect player (Lilly) for that scheme playing inside, where his talents were most suited. No longer was Lilly spinning his wheels.

We hope you've enjoyed TJ and JT's third installment. More to come.
Posted by John Turney at 4:40 AM