As part of the celebration for NFL100 (The NFL's 100th Anniversary celebration), we at Pro Football Journal will be choosing players of each decade, including each mid-decade (to make sure players who began their careers in the middle of a decade have a chance to be recognized).

Since pro football began before the formation of the NFL we are beginning in 1915-1925. Yes, we know that is eleven years but the principle is maybe someone was great from 1917-1926 and someone else was great from 1914-1923 that they get included the same as if a player was great from 1962-71. In other words, we are not fussy about a year or two here or there.

So, for the pre-World War II selections, we consulted with Chris Willis of NFL Films who is the author of many books from that era, including the upcoming biography on Red Grange

So, here are our selections along with the runners up: 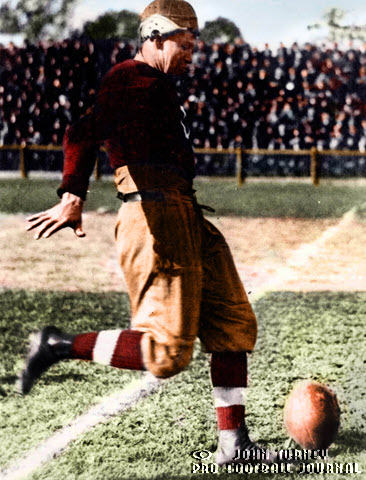 The top athlete of his generation he joined the Canton Bulldogs in 1915, helping them win three professional championships. He then played for six teams in the National Football League.  From 1920 to 1921, Thorpe was the first president of the American Professional Football Association (APFA), which became the NFL in 1922.

The Hall of Fame's website says, "He could run with speed as well as bruising power. He could pass and catch passes with the best, punt long distances and kick field goals either by dropkick or placekick."

Buck split his time in pro football (five years each) with the Canton Bulldogs and the Green Bay Packers. 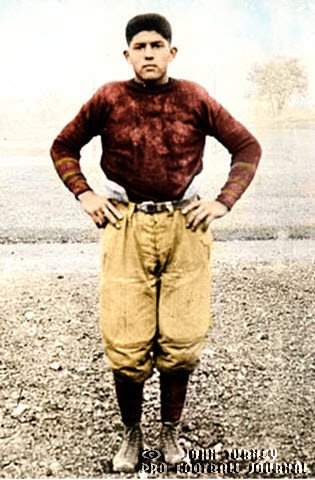 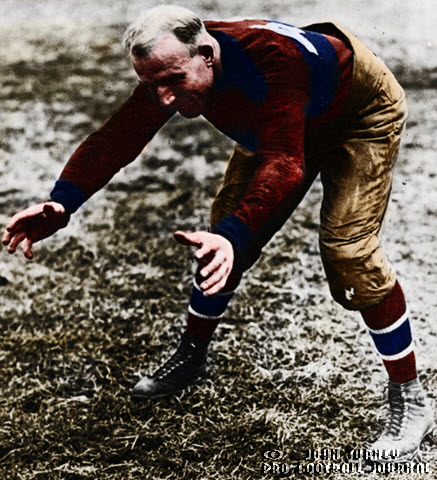 Nesser is someone that should be considered for the Hall of Fame if it is decided to have a 'makeup class' of left out players. 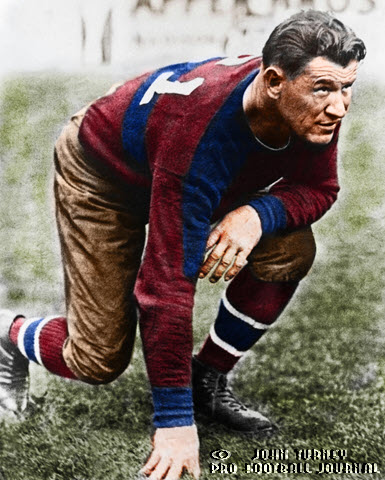 Thorpe was a great tackler on defense as and some say he was as good at defense as he was on offense.