The Actual Tackle Totals for Manny Fernandez in Super Bowls


We posted on this BEFORE—the idea that coaches tackle tallies differ from the official gamebooks and that the coaches totals almost without exception are higher than the gamebook totals.

We are sure this is because the coaches are very generous as to what they consider an "assisted tackle" and that players who contribute to a tackle get credit in the eyes of a coach but not in the eyes of the official scorer where a tackler actually has to get his hands on a ball carrier to get any kind of credit.

One of the earliest examples is that of Manny Fernandez who was a fine defensive tackle, who often played on the nose for the Dolphins '53' defense. When you Google his name you will find that the Dolphins coaches credited him with 17 tackles in Super Bowl VII against the Redskins.

The issue is twofold. One, the official gamebook shows ten tackles and a sack for Fernandez with six of the tackles being solo. The other issue is if you watch the film you just do not see 17 tackles.

Here is the official defensive statistics from the Official Play-by-play. 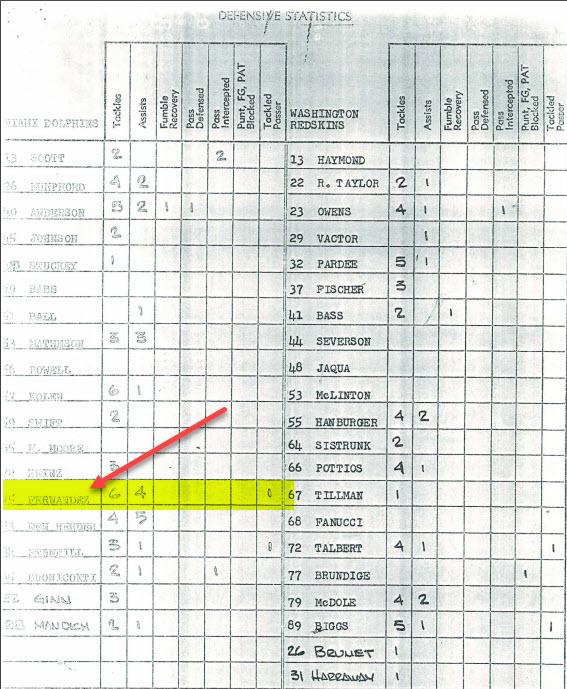 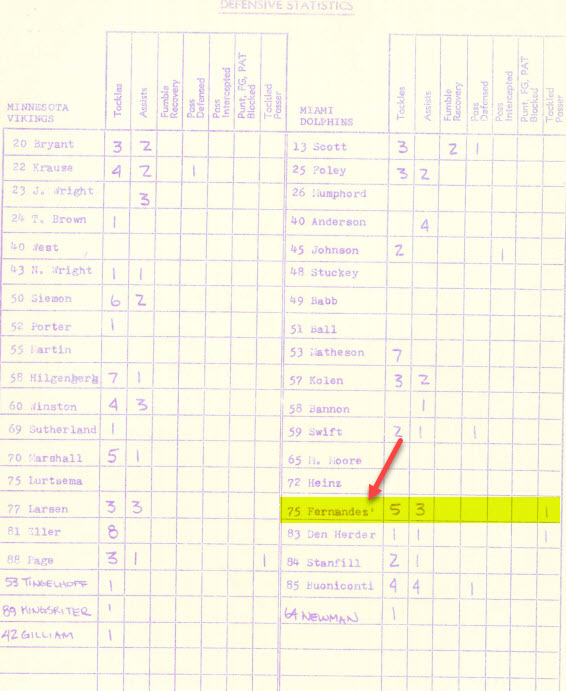 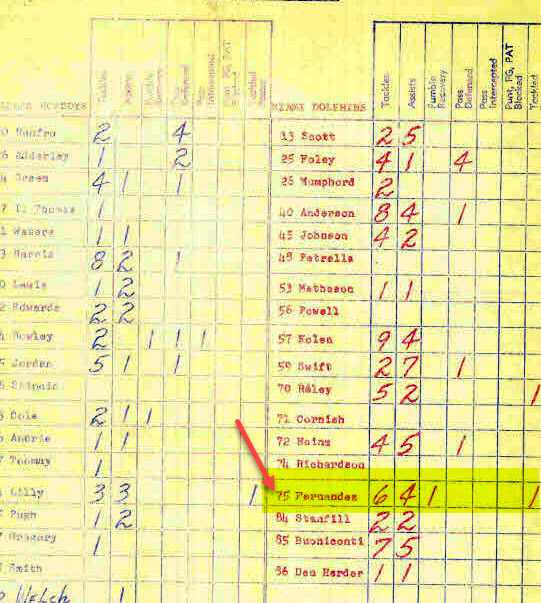 So, in three Super Bowls Manny Fernandez was all over the place. He was credited with tackling the passer three times and 28 total tackles. Very impressive. He doesn't need the 17 tackles to show his bone fides, ten is plenty to do that.

We don't know why teams continue to publish coaches stats that differ from the official stats that are found in the play-by-plays. It does not allow for rough comparisons between teams because coaching staffs often have their own unique protocols for recording tackles. While that exists in the older play-by-plays it is minimal compared to the coaching staff tallies.

And he could have been the MVP in Super Bowl VIII, he was in our view just as dominant against the Vikings (if not more so) than he was versus the Redksins, at least that is what our film study shows.
Posted by John Turney at 2:43 AM