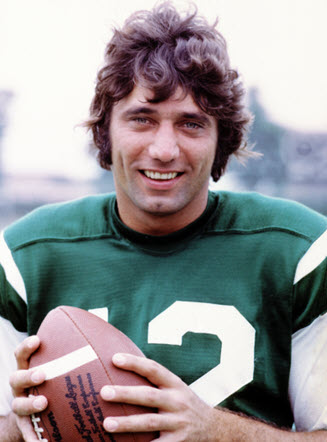 Namath's 'decade' would be 1965-74 but it could slide to 1966-75 but during that span, no one threw for more passing yards per game than Namath. No one. He was a two-time AFL MVP and of course, won THE big game. He missed a lot of games and that does affect how he's seen. He did come back after injuries to have a Pro Bowl-quality year of 1974 and he also won the Comeback Player of the Year award for that seasons.

Also, we have to consider the impact of Broadway Joe.

Those of us who remember the era, even in 1972-74, Namath was a big deal in the football world. Some of that was a holdover from the pre-merger era but part of it was his All-Pro year of 1972 and a solid 1974 season. But he was a star like few others have been in the NFL. So there was something else we took into consideration.

We recently ran a poll on Twitter (tongue in cheek) asking if Namath was HOF-worthy. It was amazing to see how many people look at gross stats from that era and just don't get it. Something will never change. And we looked very closely at the numbers. 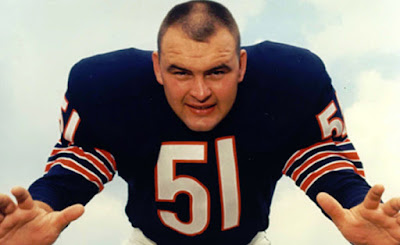 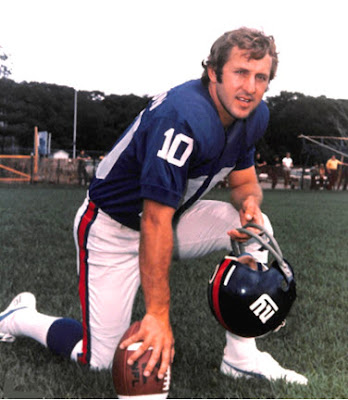 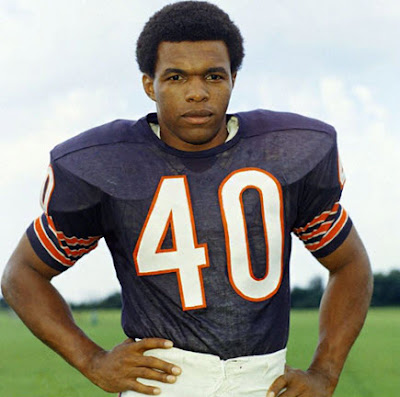 Tarkenton was the top passer of this mid-decade in terms of gross statistics and also won an MVP in 1975. He set tons of records and was a winner. True, he never won it all, but he got close and sometimes that does count.

We are sliding his ten years to 1966-75 or even 1967-76 (to include the final Super Bowl). But even the 1965-74 decade is impressive. This is what we meant when we explained the 11-year "decades" we use. Things don't always fit into nice packages and we try not to get too hung up on details. The spirit of this series is to honor top players over a long period, so a year here or there doesn't really matter too much in our view.

Sayers was dominant, one of best ever, from 1965-69. But in 1970-71 he didn't do anything. The question is were the five years enough? Can the Gale Sayers exception be used here? We think so.

We think Sayers had MVP-quality seasons in 1965 and 1966. But so did the actual players who won them. Had, somehow, Sayers won one or both of those we don't think Jim Brown fans or Bart Starr fans could have complained. So, in the end, Sayers' peak is worth remembering and while it is not a 'stacked' era offensively due to injuries to the best players, still when all things considered (kick returns) and impact, Sayers is worthy of being tied for runner up with Tarkenton.

An honorable mention is Paul Warfield who was a rookie in 1964, then missed most of 1965 and then was consistently excellent through 1974. We just didn't see any near-MVP-type seasons or the kind of record of Lance Alworth of the 1960s, so he only gets the mention rather than a runner-up slot. 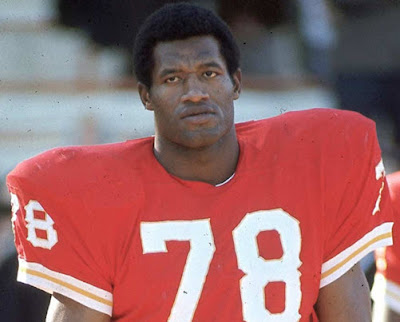 To us he's the best 4-3 outside linebacker ever, he had size and tremendous speed, like that of a receiver. He was smart and had amazing coordination (he can still steal quarters out of your hand and there is nothing you can do about it) and quickness. He could rush, cover, set the edge. Just a complete linebacker.

A couple of honorable mentions are Merlin Olsen, Bob Lilly, Dave Wilcox as well as Willie Brown and Jimmy Johnson. It was a talent-rich era on defense, as can be seen. Olsen was at his peak from the late-1960s to the early 1970s and went to Pro Bowls every year. Lilly tailed off a bit in 1973 and 1974, being taken out on passing downs, but from 1965-71, 72 he was still at his peak.

Wilcox is one of the top two-three SAM 'backers ever and was a physically dominant player at the point of attack, he just didn't have the speed of Bobby Bell.

Brown and Johnson are top-10 all-time corners and this 'decade' was when both were at their peak.